Is sexual arousal with a partner really so easy? 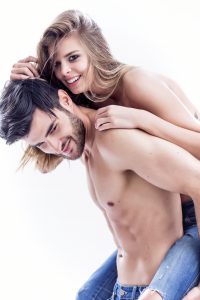 When I had sex for the first time at the age of eighteen with a man I found attractive and admired (notice that only women are supposed to need these factors in order to enjoy sex), I was disappointed because the experience left me cold – not even the hint of any sexual arousal.

Apparently I was not the first woman to have this experience. In fact, after consulting a sex clinic and reading all the available information I could find over many years, it seemed that my experience was – QUITE NORMAL. So why were other women not as outraged as I was?

Don’t other women want to tell younger generations that the suggestion that women’s sexual arousal during sex is easy – is MISLEADING at the very least? Few women challenge the media portrayals of the spontaneously orgasmic women because by doing so, they risk exposing their own sexual inadequacy. But this assumes women are just as sexual as men.

So it is assumed that most women must experience at least some sexual pleasure with a partner. I doubted this simply because I found so few women who were prepared to be open about sex. Sure there was bravado but very little explicit detail about how women can enjoy sex.

Women who did claim to orgasm with a partner avoided questions by implying that anyone who doubted the mutual pleasure of sex must be sexually inadequate. In fact, this is a form of intimidation or bullying. It is a defensive behaviour. We all know that there are women who are less than enthusiastic about sex but their point of view is discounted as irrelevant.

After taking fairly extreme steps, I was able to confirm that my partner and I were a perfectly normal couple. So when you press the point, experts do admit that a woman is likely to find orgasm considerably more elusive than a man does.

And yet, it is still difficult to find this fact publicised anywhere or anyone willing to agree that a man might stand to gain more (in a direct sense) from a sexual relationship. The fact is that people who earn their living from the sex industry, only make money by providing the public with what we want to hear – fantasy more often than reality.

To me it was so evident when I met my first boyfriend that I couldn’t understand why every woman didn’t have the same reaction. Perhaps they were not as open with their men. How can you admire a man’s easy erection and his orgasm without appreciating that women just don’t have it as easy?

Even when we do orgasm it is just a pleasure – very nice and very enjoyable. But it does not provide the central meaning to life. Men just die with pleasure as soon as they get into your knickers. Come on! It’s just not the same for women. I wish it were…

Of those women who have talked about their sexual experiences (the few that I can believe because they talk about their experiences in a way that tallies with the facts that I know about female sexuality from my own body’s reactions) most have had much the same experience as me. These women are in a minority because, after ten years of attempting to talk to women about sex, the vast majority of women say nothing and I suspect have no particular ambition to understand their sexuality.

I would like my daughters to have the experience of orgasm but I do not want them to be duped by all the claims of easy orgasm during sex with a partner. My daughters’ generation should have more facts about how women can get the most out of sex.

Of course there will be people who object to what I am saying. I understand that. It is not possible to question the status quo without causing discomfort. Sex is both highly political and highly emotional – not a good mix.