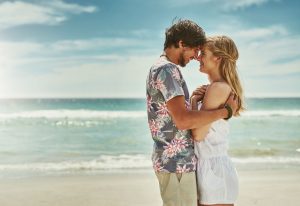 It is natural that female sexuality is misrepresented by the media. We all watch films and read books in part to be entertained. We don’t necessarily want to see real life because we know what that’s like. We want to be uplifted by a fantasy view of the world.

Unfortunately this huge gap between sexual fantasy and reality means that men and women today are often disappointed when real life does not match up. Until we change our sexual expectations, sex will always be taboo because we end up feeling inadequate.

One sex expert admitted that sex advice is appallingly bad today but, as he put it, he is not prime minister and so cannot change what people think. I suppose it’s like global warming. The problem is so huge that no one person feels able to do anything about it.

Even when experts acknowledge that women do not orgasm during sex, they seem oblivious to the relationship issue. Women may accept that sex doesn’t provide female orgasm but many men expect a partner to be equally enthusiastic about sex.

Self-evidently, women’s sexual performance is not a show-stopper and so most people assume that women do not have sexual problems. Relatively few women ever consult sex clinics. How many are concerned enough about lack of orgasm to pay out over $100 an hour to find a solution? Even in my own case, I went to a clinic more for my partner’s sake than for my own.

No one seems to think it wrong that the current definition categorises huge numbers of women as sexually dysfunctional. Yet this is purely because women are assumed to respond sexually as men do. Since female orgasm is not required for reproduction I don’t see how it makes a woman dysfunctional if she doesn’t orgasm with a partner.

Kinsey commented in 1953 on the astounding variety of experiences that women report: from never having an orgasm throughout their lives to others who claim to orgasm easily and even multiple times often with minimal stimulation of any kind (physical or psychological).

It’s surprising (to me at least) that no one EVER questions how a woman can be MORE sexually responsive than a man is. Is it that we (men in particular) are fascinated by such fantastical stories, no matter how unrepresentative they may be of women in general?

Let’s be honest… We are mesmerised by stories of women who orgasm multiple times a session not just because this would be unheard of for a man. The truth is that a similar story about a man would hold little interest because there is nothing newsworthy about male orgasm.

But just how helpful is it to suggest that every woman responds sexually as men do? And how fair is it to imply that women are dysfunctional if they cannot match these experiences?

We never admit that there are many reasons why people say things. They want to impress. They say what they think other people want to hear. They need to make money and have to print what people will read or what sells.

Why do men apologise to women for sexual innuendo? Why do women rarely make sexual remarks? Why do men buy women flowers? Why does experience improve men as lovers and yet younger women are thought sexier than experienced women?

I wanted to know the answers to questions like these and I am surprised that no one else wonders. No one seems to demand that one and one must add to two. Emotional taboo and sexual politics mean that all rational argument is suspended.