The problem with sex advice today 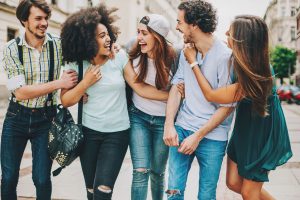 The suggestion is that female sexuality is identical to male sexuality. Yet women don’t approach sex with the same genital erection (of the clitoris) that men tend to have so how can women hope to orgasm during sex as easily as men do?

Many women have difficulty with orgasm during sex but this is rarely acknowledged by anyone, least of all the feminists, who are blinded by the need to prove women’s sexual ‘equality’. Yet the sex industry only exists to satisfy men’s much greater interest in sex.

Anyone who earns their living from presenting women sexually through pornography or sex advice must appeal to the male consumer. Since couples’ sense of inadequacy over a lack of female orgasm during sex generates massive revenues why burst the bubble?

Many women dislike the eroticism that leads to enjoying sexual arousal and so they do not understand why anyone would want to stimulate their genitals. Consequently experts continue to advise that woman’s psychological sexual arousal with a partner depends more on her emotions and her relationship rather than on any appreciation of eroticism even though this is contrary to the male experience of arousal and orgasm.

Since female sexuality (for heterosexuals) is not associated with genital stimulation (of the clitoris), experts recommend panting exercises or flexing pelvic or buttock muscles. The fact that women need clitoral stimulation for orgasm is often missing completely.

Women are sometimes advised to eliminate distracting or negative thoughts (imagine needing to tell men to do this!) when approaching sex with a partner. There is no appreciation of how women can use sexual fantasies to achieve sexual arousal.

Some experts imply that women are being timid or bashful for not explaining to their partner how to provide them with the correct circumstances for orgasm. Any woman who knew how to orgasm would understand that, unlike men, women are not able to orgasm in multiple ways and almost on demand as men can. On the contrary, women are lucky if they find ONE way to orgasm.

I am sorry to be critical but it really does seem to be a case of the blind leading the blind. It’s almost as laughable as the scenes from ‘The Chicken Run’ where they are trying to teach the chickens to fly…!

Explanations for how women reach orgasm often miss the point completely. Sex involves our enjoyment of:

Women who ask about orgasm are told that they are dysfunctional but no one mentions the FACTS about female sexuality that GUARANTEE that women will have difficulties with orgasm during sex. How can every woman orgasm with a partner when most women limit their sexual experiences to vaginal intercourse, which provides insufficient clitoral stimulation for orgasm?

Many women do not identify with the explicit eroticism involved in achieving true sexual arousal. So although it is known that women use sexual fantasies for sexual arousal during sex this fact is rarely acknowledged. Unfortunately, some women find that they cannot use their fantasies during sex because of the mental focus required to reach orgasm through fantasy alone.