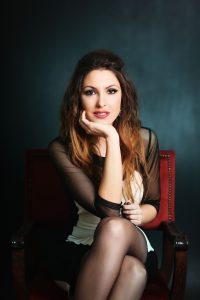 Laura was educated and cultured but she also had a worldliness and the classy sex appeal that attracts the most ambitious men. In her early thirties, Laura told me that she had always been confident that she had orgasms during sex.

“…in regard to sexual responsiveness the female matures much later than the male.” (p126 Sexual behavior in the human female 1953)

Laura admitted that this piece of equipment sat in her bedroom drawer for some time. Eventually when she was brave enough to try it, she learned for the first time what orgasm was. Laura masturbated as a means of going to sleep as well as enjoying orgasm.

Laura even believed her mother who said that she had never had a problem with orgasm. We now have more information and more opportunity to explore our sexuality but our expectations are correspondingly higher. Thanks to the pill, women today come to question their sexual experiences in a way that women who had children earlier in their lives probably had little time for.

Great sex even when female orgasm is missing

Having told me that she had never had an orgasm with a man even now, Laura went on to describe some of her sexual encounters as ‘totally amazing’. Laura did not see any contradiction because, for her, sex with a man was about personal chemistry. Laura got a great ego boost from the sexual power of being pursued by men.

It is easy for a woman to pleasure a man and the fantasy leads us to assume that it ought to work the other way around. When it doesn’t, both partners can end up feeling inadequate. Laura admitted that she felt selfish in asking a man to spend longer than a few minutes on pleasuring her as she knew it would take far too long for him to be able to arouse her sufficiently.

“During ‘sex’ as our society defines it both people know what to expect and how to make it possible for the man to orgasm. The whole thing is prearranged, preagreed. But there are not really any patterns or prearranged times and places for a woman to orgasm – unless she can manage to do so during intercourse. So women are put in the position of asking for something ‘special’, some ‘extra’ stimulation…” (p61 The Hite Reports 1993)

Laura still hoped that one day she might discover how she could orgasm during sex. Despite Shere Hite’s suggestion that nature never intended women to orgasm from intercourse, women today still have the strong impression that they should.