What sex experts have told me 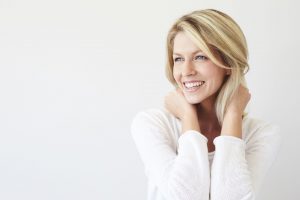 When my partner and I decided to get married, his work-mates took him out for a beer to convince him that marriage would mean the end of his sex life.

Naturally no woman ever gave me similar advice. I accepted early on that a woman needs to invest in sex for her man’s sake. Even so, I was prepared to believe that there was something wrong with me.

So when I first talked to therapists, I simply wanted to understand how other women were able to reach orgasm during sex. What surprised me was that my questions were met with so much defensiveness.

A female director of a UK sex clinic wrote: “I also believe that you are still over focused on the clitoris and the view that clitoral stimulation is ‘the real thing’ and that women generally are not satisfied through intercourse; again because of your own experience. I agree with you that in many cases this is the fact, but there are also many women who can have satisfying orgasms through sexual intercourse.”

Other experts tell me that laboratory experiments indicate that the clitoris has as many nerve endings as the penis and, that as an organ, the clitoris extends back into the body and so it is comparable in size with the penis. Is this a competition or what?

I do not doubt these facts but … SO WHAT? I question what they have to do with women’s real life experiences of sex. I know that a woman can become sexually aroused but how often do women experience this level of arousal in practice? And what do experts suggest is likely to cause physical sexual arousal (including a clitoral erection) in the average woman?

Another female expert was enraged by the idea that women might struggle with orgasm: “You mention nothing of the G-spot or the fact that the clitoris extends deep into the body cavity and therefore can be stimulated through thrusting. It’s still true that fewer women enjoy orgasm through penetration…”