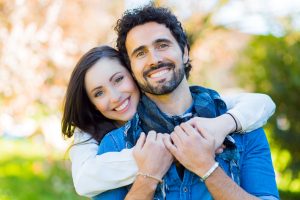 Enjoying sex for life involves continuing to be thrilled by each other’s company in a broader sense than just sex.

It involves demonstrating affection by reacting sensitively to each other’s needs. The physical intimacy of sex (because of its highly personal nature) leads to emotional intimacy where there is trust and respect. Women perhaps focus on these aspects of sex more than men tend to given that female sexual arousal is more elusive.

Take a look at Luke Wilson’s role in the film ‘The Family Stone’ (2005), which portrays emotional intimacy very effectively and that’s without sex! At its best, sex can be a connection between two people.

Given that a woman is unlikely to orgasm during sex:

Intimacy can be lost in longer-term relationships if a man interprets every show of affection as a sexual invitation. Your woman wants to kiss you because she feels loving and caring towards you not because she has a hard on. A man’s sexual arousal can be very flattering but not when his own orgasm is so obviously his main objective in love-making.

Here are some suggestions if you are aiming for sex for life:

“Just as a man forgets feelings, a woman forgets her sensual desires and longings. The practicalities of day-to-day survival and living take precedence over their deeper and more sensual desires.” (p32 Mars & Venus in the Bedroom 1995)

“This does not mean that every time I do the dishes, she is supposed to have sex with me. That would not be romance. That would be a business deal.” (p201 Mars & Venus in the Bedroom 1995)