Ways Women Orgasm Dedicated to women's enjoyment of sexual pleasure!
HomeOrgasm TechniquesOrgasm techniquesLack of orgasm is not a sexual dysfunction

Lack of orgasm is not a sexual dysfunction 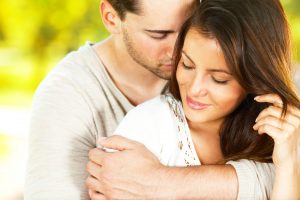 It is often suggested that a lack of female orgasm during sex is a sign of sexual dysfunction but the truth is that this is simply the way things are for women who hope for orgasm from their sexual relationships. A woman is lucky to orgasm by any means.

The belief that women orgasm ‘naturally’ during sex is based on fantasy (erotica and pornography) and contradicts the conclusions of the scientific researchers.

“In fact, for over 70 per cent of women, intercourse – the penis thrusting in the vagina – did not regularly lead to orgasm. … In other words, not to have orgasm from intercourse is the experience of the majority of women.” (p35 The Hite Reports 1993)

Women need to be told the facts:

“This means that something between 36 and 44 per cent of the females in the sample had responded to orgasm in a part but not in all of their coitus in marriage.

Intercourse is not designed to facilitate female orgasm

If a woman wants to experience orgasm during sex, she needs to ensure that:

Men are lucky because (since male orgasm/ejaculation is required for reproduction) intercourse naturally provides both the penile stimulation and the visual turn-on of a sexual partner’s naked body that they need for orgasm. The surreal nature of women’s sexual fantasies makes them much more difficult to map onto a woman’s real life sexual relationship.