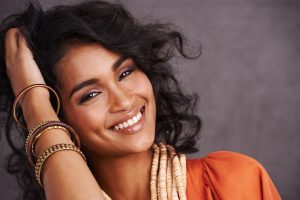 “However we feel about fantasies, it is clear that sex is not, for most of us, just a rubbing together of bodies, but involves our minds … We take our minds with us into each sexual encounter.” (p81 Woman’s Experience of Sex 1983)

It came as a revelation to me that women might also use fantasies to help them orgasm during sex. After all men don’t take their pornographic magazines into sex with a partner, so why would women take their sexual fantasies?

Understandably many people feel insulted by the idea that their lover may fantasise during sex. A drawing (reproduced from Playboy November 1977) of a couple in bed, shows the man looking forlorn and the woman saying, “I think you’re being silly. Would you like it better if I was thinking of you and sleeping with Robert Redford?” (p415 Human Sexuality (fifth edition) 1995)

Perhaps because of this taboo, women’s use of fantasies during sex is rarely acknowledged. Since women are not aroused visually as men are, they are likely to need to use sexual fantasies for orgasm.

Some women find fantasies are ineffective during sex

“Among the most common varieties of sexual fantasies are those that can best be described as old familiar stories. The origin of such a fantasy, if it can be traced at all, might have been a book, a movie scene, or an actual experience. … Sometimes the primary fascination with this sort of fantasy lies in its sexual arousal, while at other times the pleasure may be more related to the ‘director’s role’- being able to control the scene, plot, and actors. In many instances, the complexity of this fantasy makes it more suitable for use in solitary situations than during sexual activity with a partner.” (p414 Human Sexuality (fifth edition) 1995)

Let’s be quite clear though. Women may fantasise about many different things: an exotic holiday, winning the lottery or even Brad Pitt making love to them (romantic fantasy). Sexual fantasies, in the context of women’s sexual arousal, are quite different.

Specifically women’s sexual fantasies are focused on SURREAL but EXPLICITLY sexual scenarios with a complex psychological context. Typically they involve taboo acts that are highly embarrassing to admit to and the people are no one you’ve ever met (or likely to meet). This kind of fantasy does not easily transfer to sex (no matter how kinky your sex life!).

“There is a startling gulf between fantasy and what a woman is really seeking in a sexual relationship and she may find this very disturbing.” (p83 Woman’s Experience of Sex 1983)

An alternative is for a woman to incorporate her sexual fantasies into her sexual relationship either by reading erotica as a precursor to sex or by including ideas from her fantasies into physical sex play with her partner.