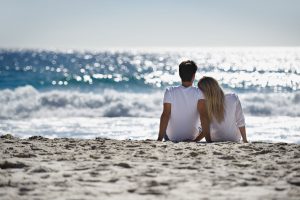 Sex is associated with pleasure (through sexual arousal and orgasm) as well as with reproduction (through family and relationships). However male and female sexuality are, often implicitly, defined differently in terms of the importance of the relationship aspects of sex.

Female sexuality is often defined more in terms of a woman’s attractiveness to men than her ability to orgasm so many people are confused when a woman asks about orgasm during sex.

So even today it is suggested that women with ‘the right attitude’ (i.e. attractive and sexually willing) can hope to experience sex differently to other women simply by willing it to be so.

Others believe that a woman needs ‘the right man’ to ‘enjoy’ sex fully. There is nothing wrong with finding sex wonderful, for romantic or emotional reasons, but this is not true sexual arousal.

Since female orgasm is not needed for reproduction sex does not facilitate female arousal. A woman’s challenge during sex is how to achieve the MENTAL arousal required for clitoral stimulation to lead to orgasm.

So although manual or oral stimulation of the clitoris are both more likely to lead to orgasm, women often prefer ‘love-making’. Intercourse allows a woman to assist with the much easier task of facilitating male orgasm rather than aiming for her own.

Traditionally female sexuality has been defined almost entirely in reproductive terms (through vaginal intercourse within marriage). Ways Women Orgasm provides women with the factual background to their sexuality in terms of a genital focus (through their own sexual arousal and orgasm) to help modern women make sense of their sexual experiences.

The discussion of female sexuality covers the following:

Whereas men’s need for PHYSICAL stimulation during sex is clearly focused on the penis, it is often mistakenly assumed that female orgasm arises from the stimulation of the vagina. Unfortunately the vagina (as part of the birth canal) has very few nerve endings. Only the clitoris, the female sex organ and source of female orgasm, has a sensitivity comparable with the penis.

“As Ann Koedt put it, in ‘The Myth of the Vaginal Orgasm’: ‘Perhaps one of the most infuriating and damaging results of the whole charade has been that women who were perfectly healthy sexually were taught that they were not.'” (p46 The Hite Reports 1993)