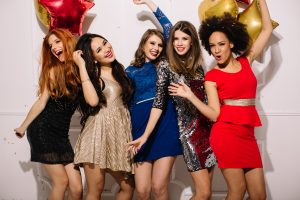 Men tell me how convinced they are that ALL their partners orgasm during sex. But that’s kind of what faking orgasm is about, isn’t it?

If it wasn’t convincing then what would be the point? Men should sleep with women who are less sexually experienced. Virgins are much more likely to admit that intercourse does not lead to female sexual arousal.

Very few virgins approach sex realising that a woman might need to exaggerate her true sexual arousal during sex. Women learn over time to fake orgasm because men expect them to be moved by their love-making.

My partner enjoys vaginal intercourse for the full-frontal access to my body and the turn-on of penetration. Mostly we use the missionary position. Sometimes I lift my legs up and hug them around his back. Occasionally we use other positions for intercourse, such as, woman on top or doggy style from behind.

We both enjoy intimate kissing and sensual touching. I run my hands over his back and squeeze his buttocks perhaps pulling him towards me. I tense my pelvic floor muscles to squeeze his penis inside me, which increases the stimulation of his penis.

I enjoy mild sensations of arousal, especially when my partner’s groin grinds into my clitoris. I accept that intercourse is not arousing enough for orgasm. It is simply a loving and sensual act that I share with my partner primarily for his sexual pleasure.

“Sometimes they can choose to take a long time so that she gets her orgasm, and at other times, when she is not in the mood for an orgasm, he can enjoy the unrestrained freedom of just going for his orgasm.” (p73 Mars & Venus in the Bedroom 1995)

It is men’s modern expectation that female orgasm should occur during intercourse that causes women to fake. After all, the phenomenon of faking has only arisen since the sexual revolution that said that all women should orgasm during sex.

Rachel Swift explains the problem: “There are many reasons. By far the most common is that we fear to display our so-called ‘inadequacy’ in not being able to climax. We are afraid of being labelled ‘frigid’.” (p172 Women’s Pleasure 1993)

Rachel adds: “Another important reason why women fake their orgasm is the fear of upsetting their partner. Many men anxiously insist that the woman must have satisfaction.” (p173 Women’s Pleasure 1993)

The trouble with faking is that it is a one-way street. Once you have led a man to believe that sex is orgasmic it’s a little difficult to make a confession. If a woman hasn’t the guts to admit it first time around then she is unlikely to confess later on.

Even if a woman wanted to be honest, she still has the problem of how to respond during sex. Men want a partner to be enthusiastic for them to enjoy sex. A willingness to engage on fantasy sex play is what makes a woman ‘good in bed’.

If a woman just lies there then sex is likely to last longer, which is not necessarily in her interests if she knows that intercourse does not lead to sexual arousal. Many men assume that women will assist with their sexual arousal as a matter of course.

Women are likely to need to fake orgasm during intercourse because the vagina (as part of the birth canal) has very few nerve endings. The clitoris (as the female sex organ) is much more sensitive. Basically, you have to touch what works.