Ways Women Orgasm Dedicated to women's enjoyment of sexual pleasure!
HomeReal WomenFemale masturbationWomen have to learn how to orgasm

Women have to learn how to orgasm 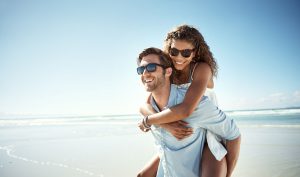 I think sex is like supermarkets, you know, overrated. Just a lot of pushing and shoving and you still come out with very little in the end.” (Note: this film was set in the days before supermarkets sold everything from clothes to microwaves!)

Shirley reminisces about a conversation where one of her friends comments on their youth: “In those days everyone thought it was a case of – in out, in out, shake it all about. Stars would light up the skies and the earth would tremble.”

It is assumed that men in more modern times are well-informed about foreplay techniques as well as positions and techniques for sexual intercourse. Shirley comments: “They think they know it all – the clitoris kids I call them!”

Women of an older generation often mistakenly assume that younger women have perfect sex lives simply because they live with a man before marriage. That’s just like assuming that all married women enjoy sex. Otherwise why would they be married? It is evident that women seek relationships with men for reasons other than the ‘success’ of a sexual relationship.

On the opposite side, if you’re a female who has never masturbated, statistics indicate it’s quite likely you’ve never had an orgasm in your life. Pretty strong support for solo sex! The truth is good girls do do it and if you never have and won’t try, give up now on ever having a fulfilling sex life.