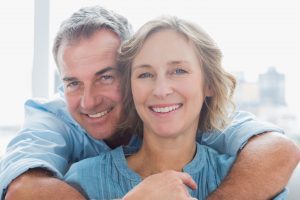 As a young woman I was never conscious of my own physical arousal and my body appeared to be almost inert to any stimulation from my partner. Sometime around my mid-thirties, I found that my body went through a remarkable change – it was as if I blossomed sexually.

Even intercourse became more sensual due to increased natural lubrication (still no arousal though). From time to time, my mind gets turned on now and I am conscious of the pelvic area behind the external clitoris being swollen and physically aroused (gross but true). For the first time, I experienced orgasm from my partner arousing me via manual stimulation of the clitoris.

“Orgasms vary, both between women and for the same woman at different times. We experience different qualities of orgasm depending upon the degree and kind of stimulation we receive and also on what is going on in our minds.” (p76 Woman’s Experience of Sex 1983)

However, ultimately a woman can live with non-orgasmic sex because women do not experience the same sex drive and consequent sexual frustration that men do. Men’s desire for sex is driven as much by emotional factors as by physical.

A man in his sixties, suffering from prostate cancer, was worried that he might not be able to continue to have sex. He was so depressed about losing his ability to become sexually aroused that he felt, without sex, life would not be worth living.

Male sexuality, including sexual arousal and orgasm, represents not only a man’s masculinity but also his emotional foothold on the world. A long-term sexual relationship fuels his ability to succeed in the otherwise emotion-less world of men.

Men hope a lover will enhance their sexual arousal over the longer term. So some women do explore sexual pleasure because, like myself, they consider faking to be humiliating and they are willing to invest in keeping a marriage (and family) together.

Perhaps other women, who have made do with intercourse over decades, are more adept at using sexual fantasies. Perhaps other men accept a ‘lie back and think of England’ partner and use affairs to assist with their sexual arousal.