Women have to learn how their sexual arousal works 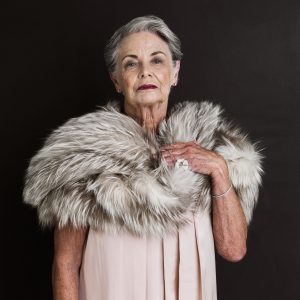 Some women appear to be so sheltered from the world of adult eroticism that one wonders if they have ever experienced sexual urges of any kind.

Nancy, a recently widowed woman in her seventies became acquainted with John, a man of the same age, during a stay in hospital. On the grounds of friendship, they met once for lunch and then Nancy invited him to her house. On admitting John to her home, he took the sexual initiative by giving her a tongue-in-mouth French kiss.

Nancy contained her revulsion at the uninvited physical intimacy until John left but resolved that she would never see him again. Nancy told me that even her husband of fifty years had never kissed her ‘like that’. Men never seem to lose their enjoyment of physical intimacy with the opposite sex whereas women do not necessarily appreciate the physical side of sexual encounters at all.

On the other hand Nancy has already had her chance in life. As a teenager in the early 1940s, she was sheltered by her family and society from any knowledge of sexual pleasure. Young women were simply not equipped to know how to respond to their lover in bed. This was a sad loss for Nancy as well as for her husband.

The phrase ‘lie back and think of England’ came from Lady Alice Hillingdon who said (1912): “I am happy now that George calls on my bedchamber less frequently than of old. As it is, I now endure but two calls a week, and when I hear his steps outside my door I lie down on my bed, close my eyes, open my legs and think of England.”

It is often asserted that women’s sexuality can be re-engineered simply by changing attitudes. Sadly, regardless of the social fashion, all women have the same fundamental sexual responses and these are quite different to men’s.

Society today encourages women to behave in a sexually provocative manner. However since young women often don’t know how to orgasm it seems unlikely that women who engage in casual sex are enjoying sexual pleasure. In any event, it is worth questioning the value of a relationship for either side that starts by bartering sex for a meal or a couple of drinks.

“The percentages of females who had experienced orgasm (the accumulative incidences) had risen steadily during pre-adolescence, … but less than a quarter (23 per cent) of the sample had had such experience by fifteen years of age. A little more than a half (53 per cent) had had orgasm by twenty, three-quarters (77 percent) by twenty-five, and about 90 per cent by thirty-five years of age. … there appear to be some 9 per cent who would probably not reach orgasm in the course of their lives.” (p513 Sexual behavior in the human female 1953)

Some women never tune into eroticism and never learn about their own sexual arousal. Marriage used to be about women ‘putting up with’ sex but increasingly, if they are to keep a family together, a couple needs to invest in their sexual relationship. Marriage is not just about family; it also involves a man and a woman being companions and hopefully lovers for life.

Sex and love are often confused for women and, even today, many people believe that knowledge of sexual pleasure is ‘inappropriate’ for young women. Knowledge does not force a person to make certain choices – it gives them a choice. There is no reason for sheltering young women from eroticism. Teenage girls should be told how couples can enjoy sex for life.

Regardless of a woman’s ability to enjoy her own orgasm or her attitudes towards eroticism in general, a woman needs to be prepared to invest in her sexual relationship over the longer term. This is fundamentally about give and take. A man needs to acknowledge the fact that women do not enjoy the same orgasmic pleasure from sex. He needs to appreciate the female perspective by responding to a woman’s enjoyment of the more sensual and companionable pleasures of sexual intimacy.

Long-term relationships are not only about sex but also about enjoying each other’s company over many years.