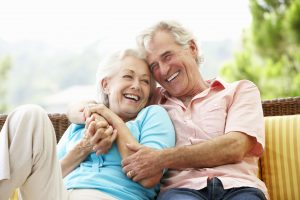 Why in our liberated times do women still accept ‘putting up with sex’ just to avoid being single? I am not judging anyone else’s experiences. If other women are content with sex as they find it – I’m very happy for them.

But are they really? Or are they simply more accepting?

A woman in her early thirties said that she didn’t see the point of sex unless a couple was planning a family. Suddenly I realised how idealised my aspirations had been for a partner to be both my lover and my friend. I grew up assuming that adult life naturally included a mutually enjoyable sexual relationship.

Few women appear to care about orgasm and sexual pleasure. Even if she does care, a woman often has to accept that sex is more about appreciating her man’s arousal and about making the most of physical intimacy, than about orgasm.

Sex is much, much more important (both emotionally and physiologically) to most men than it is to women. Conversely men are less motivated by relationships and family. So sex is what keeps them bought into supporting women in their life-goals of providing a home and raising children. Men hope when they marry that they can look forward to sex for life.

“As a general guideline, a woman needs to be emotionally fulfilled before she can long for sexual contact. A man, however, gets much of his emotional fulfilment during sex.” (p16 Mars & Venus in the Bedroom 1995)

Women need information to make the most of their sexual experiences but equally men need to be encouraged to invest in pleasuring their partner rather than seeing sex purely as an opportunity to enjoy their own orgasm.

A man in his late sixties commented to me: “It’s a good job that men are interested in sex because otherwise the human race would die out!” The fact is that even in committed sexual relationships, sex is rarely about producing children.

There are two views of sex. There is ‘reproductive sex’ based on intercourse, which since it leads to family is often the only view that many women have of sex. Then there is ‘sex for pleasure’, which since it is associated with men paying for sex (either directly or indirectly) naturally revolves around male gratification.

The fact that prostitutes and mistresses exist is evidence that men enjoy sexual pleasure. Within a committed relationship, a woman has the choice of providing her man with sex or risking him going elsewhere. Unfortunately, many women are not always well informed either about female sexuality or about enjoying sexual pleasure within a sexual relationship.

“How do we explain the imbalance between the genders?” asks Bel Mooney. “ … the modern woman does not feel bound by what was once seen as marital duty – encapsulated in the phrase ‘conjugal rights’. If this was not so common why are there so many sad jests about ‘headaches’?” Bel suggests that perhaps the answer lies in men’s focus on sex alone whereas women talk more about affection and companionship. She observes that “Couples who keep on having fun together, who share activities, who go out for a meal to talk, …” are more likely to survive long-term relationships. (Bel Mooney’s column page 9 The Times UK newspaper Wednesday 28th September 2005 entitled: ‘I love my wife, but she doesn’t want sex. What can I do about it?’)

Men have a need for regular sex throughout their lives. Sexual frustration causes men to become bad tempered whereas good sex makes them more amenable. Not much of a choice really! So a woman needs to learn how to keep arousing her man over a lifetime. If she can also learn how to get some sexual pleasure for herself then so much the better.