How men appreciate sex and love 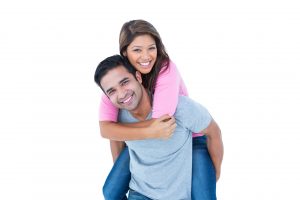 A man hopes for a lover who is enthusiastic about sharing physical intimacy and their intimate time together as lovers. Essentially, sex is no fun if it is one-sided. More than this, a man wants to feel that his love-making is pleasing his woman.

But where does a woman reasonably draw the line?

I could not lie by pretending to reach orgasm from intercourse. However, I have put effort into being a responsive lover during sex. I kiss back. I move to his rhythm. I grasp his buttocks or stroke his balls. I run my fingers down his back.

I have approached sex with a willingness to pleasure a man that I now realise other women may not always offer. However, this generosity towards my lover has also meant that I have hoped for more in return. I have questioned why I should always be enthusiastic about sex when my own sexual arousal has been so elusive.

Men are lucky because their experiences of sex and love are closely aligned.  When men are physically intimate with someone they find attractive, sexual arousal is usually automatic. This connection between sex and love is much less evident for women.

This is why ‘Sex in the City’ (2008) is more about women’s passion for shopping than their passion for sex. This is not about attitude. It’s just the way women are. Female sexuality is not geared towards women ‘sowing their oats’ as men often want to.

It makes senses that sex is more important to men. It would hardly be fair if women enjoyed sex as much as men do as well all the aspects of reproduction that men can never experience. We might just as well ask why men don’t want to devote their lives to their children as many women do. For the survival of our species it is vital that women are devoted to their children. The skills of pleasuring a man through sex are a luxury: nice to have (perhaps even very nice to have!) but not vital to our survival.

After all if men wanted to marry women who were ‘good in bed’ they would simply trawl the brothels for a woman who was well-versed in how to pleasure a man sexually. Likewise, the old-fashioned custom of virgin brides indicates more a desire for a wife who cannot question her husband’s prowess as a lover than one who is knowledgeable about sexual pleasure.

Nevertheless men seem to need to express their love for a woman through sex and women find this difficult to relate to because we don’t have the same need. Sometimes a woman can feel that a man loves sex more than he loves her.

Men’s easy sexual arousal makes the early days of a romance fairly effortless for a woman. Sadly, sex can become one-sided because a woman’s arousal is so much more difficult to achieve. Orgasm and sexual pleasure are so important to a man that, if a woman is a generous and sensitive lover, he is often willing to be generous in return by being devoted to her.

One woman was shocked when a female colleague brazenly admitted that she waits for her husband to be in that state of post-coital gratitude before she asks him to pay for the next household item. Sex needn’t be as manipulative as this. My partner’s devotion to me encourages him to spend more time with the family and with me talking about our goals for our lives together.

Since sex and enjoyment of orgasm are much more important to men than they are for women, it tends to be women, not men, who are offended by eroticism. There is a contradiction for men: although they may use plenty of gutsy words to describe a woman they find sexually attractive, they would not like to hear another man talking about a woman they care about in that way.

Emotionally, men need women more than women need men because men do not get the same emotional rewards from same sex friendships and from caring for their children. So although men want sex intensely they also benefit from the emotional intimacy or affectionate companionship that women provide through family, friends and the wider relationship with their man.