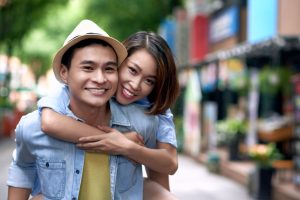 Kinsey shocked the world in the 1950s with his revelation that SOME women experience orgasm. The popular message became: all women ‘naturally’ orgasm during sex. But this was never true.

“In the later teens, when… the average male was at the peak of his sexual capacity and activity -, there was still nearly a half (47 per cent) of the females who had not had their first orgasm.

With this relatively limited background of experience and limited understanding of the nature and significance and desirability of orgasm, it is not surprising to find that a goodly number of the married females never or rarely reach orgasm in their marital coitus.” (p373 Sexual behavior in the human female 1953)

Equally how can women’s sexual desire and ease of arousal equal men’s when they need mechanical assistance (vibrators) to orgasm? Why do only women need G-spot stimulation for orgasm? John Gray states his view (my emphasis): “Biologically and hormonally, men are MUCH MORE driven to be sexual than women are.” (p86 Mars & Venus in the Bedroom 1995)

Frankly, regardless of their orgasmic ability, you have to be pretty naïve to believe that women get as much out of sex as men do. Not only is female sexual arousal much more obscure than male but also women are not motivated by sex in the way that men are. So even young women’s magazines discuss relationship issues rather than provide women with sexual turn-ons.

Women do not have the same drive to orgasm during sex

Of course, women can enjoy sex. But any woman who suggests that women’s sexual desire is as strong as men’s throughout their lives is not only exposing her inexperience but also her ignorance of the facts. Women do not achieve sexual arousal or orgasm nearly as easily as men do. Many women are not even interested in these aspects of their sexuality.

As Sheila Kitzinger points out, for many women, orgasm is simply not a priority: “For most women orgasm does not have this central role in life. And if it does, it tends to be for a small part of their lives, and often to melt into the background against other significant experiences and other expressions of their sexuality.” (p80 Woman’s Experience of Sex 1983)

This is simply about balancing EFFORT versus REWARD. Firstly a woman has to make much more conscious effort to engage on her sexual arousal and secondly the rewards of orgasm are fundamentally just not as critical to women as they are to men.

The film ’40 days and 40 nights’ (2002) suggests that men cannot cope without orgasm even for 24 hours. The other facts that indicate that men have a stronger sexual desire or sex drive than women include:

Nevertheless a woman can enjoy sexual pleasure especially if she is willing to explore sex beyond intercourse. Ways Women Orgasm discusses how women’s sexual arousal works and explores techniques that might make female orgasm more likely.