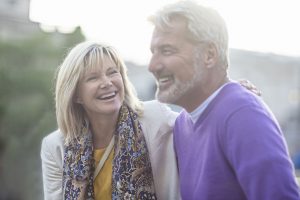 Women’s sexual arousal and orgasm are not automatic for reasons of anatomy if nothing else – the clitoris is not directly stimulated during intercourse. So it is difficult to know how to respond to someone who suggests that fantasy sex is a reality for them. The implication is that the rest of us have gone badly wrong somewhere!

In an attempt to identify some specifics of her sexual experiences, I asked Pam when she experienced orgasm. She replied that the timing of her orgasm was ‘a moving feast’ and that she could orgasm before, during or after intercourse.

“Even Sharon Stone admits that she did women a disservice in ‘Basic Instinct’ by suggesting that they could reach orgasm in about 30 seconds flat. This is just not how the female body works, and anyone who suggests otherwise is either a good actress, deluded or blessed by the gods.” (p17 The Bluffer’s Guide to Women 1998)

Are these women bluffing or are they just incredibly lucky? If this approach works for you then definitely stick with it!

I was interested to find out some more details in order to find parallels with other women’s experiences. However, Pam replied that sex was not a subject that could be analysed. She suggested that orgasms just happened naturally, flowing from the passion of the sexual act.

People get away with claiming complete nonsense about sex just because no one challenges the common sense of their assertions. As many women never experience real female orgasms they can bluff and be bluffed surprisingly easily.

We all draw different conclusions from our sexual experiences. After thirty years in a relationship, Pam told me that she could not recall even one serious argument. She and her partner bickered endlessly about trivial matters but had never fallen out over anything serious (even though they had raised children together).

This experience is so different from my own, or that of other couples I have observed, that it is easy to react cynically. Perhaps Pam’s idea of bickering was my idea of a full-scale war. However, let’s be generous and allow that anything is possible, even the ‘perfect’ match. One explanation for this anomaly could be that the couple place few demands on each other.