Men are fascinated by sex 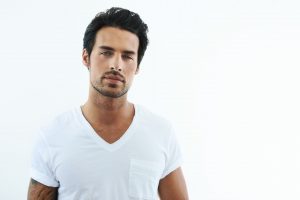 When I was seeing Bruce, a sexual psychologist, Peter also went along for one session by himself. It was a rare opportunity for two men to compare notes on techniques for female sexual arousal.

Peter told Bruce how he had masturbated a woman on a transatlantic flight. He had told her about some sexual fantasy scenarios while stimulating her clitoris. Apparently, Bruce was very impressed with this story.

His interest in the story (given he was a sex professional) highlighted to me how little adventure the average person has. Real life sexual adventures appear to be particularly important to men.

A female magazine editor was amazed at the response to an article about women’s underwear. Their offices were inundated with correspondence from men interested in women’s panties. Men’s sexual arousal relies on fairly basic concepts whereas women look for a more sophisticated sexual context.

On a business trip to Germany, Peter’s foreign colleagues met him at the airport. As they drove into the city, they invited him to join them for the evening as they visited the brothels of the city. Men seem to think it quite natural that, whether he is married or not, a man is free to consider opportunities for sexual pleasure while he is away from home.

“To most males the desire for variety in sexual activity seems as reasonable as the desire for variety in the books that one reads, the music that one hears, the recreations in which one engages, and the friends with whom one associates socially. On the other hand, many females find it difficult to understand why any male who is happily married should want to have coitus with any female other than his wife.” (p409 Sexual behavior in the human female 1953)

On another business trip to the USA, my partner was shown to his room by one of the hotel maids. As he was putting his bags down, the maid pulled up her skirt to reveal that she was wearing no underwear. She asked if he needed any other services.

Firstly it is worth noting that if the genders were the other way around, it is likely that a female guest (unless she was extremely liberated or had a good sense of humour) would complain to the hotel about the sexually offensive behaviour of its staff.

Secondly, in offering sex without any provocation the maid must have been fairly confident that at least some men would be interested in having sex with a stranger. It would seem that men take up sexual opportunities as they arise much more readily than a woman would in the same situation.

Naturally there are always exceptions. A young woman in her late twenties told me about a girlfriend of hers. The friend regularly walks up to strange men, perhaps as many as a handful in one evening, and without even introducing herself starts kissing the man on the mouth. I asked whether any of the men ever objected.

The woman looked at me quizzically and laughed, “What a man object to being kissed by an attractive stranger? Of course not!” It is inconceivable that a man would reject the advances of a woman and yet few women would welcome the same advances from a man even after an introduction.