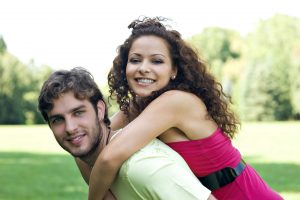 After decades of marriage one woman told me: “I have to disagree with the comment of a woman’s arousal and the ease of achieving orgasm. Maybe I am one of the lucky women out there that is in touch with her sexual being. I get sexually aroused by my husband just by looking at him without his shirt, the words that he uses with me, and by the attention that he gives to me. Also I have I believe an easy time in obtaining an orgasm or two with my husband.”

Most men can orgasm within a few minutes. So is this woman claiming to be able to match her partner’s speed of reaching orgasm? Perhaps her partner is one of those one-in-a-million men who is willing to continue pleasuring a partner after he has come? Anyone who suggests that it all happens ‘naturally’ or that women’s arousal is as easy as men’s is, frankly, mistaken.

Women’s minds and bodies simply do not work the same way as men’s. If they did then women would pay for sex as well as lap- and pole-dancing as men do. The sight of a man’s sexual attributes do not cause us to become aroused enough for orgasm. Also women do not approach sex already fully aroused because our bodies are not full of testosterone.

The facts of female sexuality are:

When I talk about the fact that sex tends to be much more important to most men than it is to most women, I am talking about how we enjoy our own sexual arousal and orgasm. Women who disagree with me are only talking about the emotional (loving and affectionate) aspects of their relationships with men. They are rarely interested in orgasm at all.

I would love to believe that women understand how their sexual arousal works but the evidence stands against this. Most couples today clearly continue to base their sex life on vaginal intercourse despite the fact that intercourse provides insufficient clitoral stimulation for orgasm. Yet very few women question a lack of orgasm during sex. Equally, society still censors eroticism to protect women’s sensitivities but without sexual fantasies women are unlikely to discover orgasm by any means.