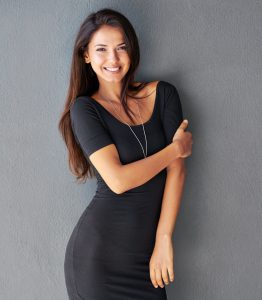 When I was growing up there was never any embarrassment over nudity at home. As divorcees, my parents naturally enjoyed sexual relationships with various partners from time to time.

I was naturally curious about eroticism because I recognised that sex was a natural part of adult relationships. I saw sex as an adventure to some extent and read avidly about the exploits of prostitutes and call-girls in an attempt to understand how to be a ‘good lover’.

Being a ‘good lover’ appeared to involve being relaxed about nudity, physical sex play and sexually explicit activities. I understood that an ‘uninhibited’ woman would naturally be able to respond to being pleasured in a similar way by a man.

Even though from the very first time, I realised that sex was for the enjoyment of the men in my life, I have been willing to invest in pleasuring them because I cared about them. Their obvious sexual frustration meant that unless I had a good reason, I accepted going along with their desire for sex.

I came to realise that the eroticism and sex play that many men hope for is often based on situations where women are being paid for offering sex. The fact is that prostitutes are, after all, not engaging in sex for their own sexual pleasure. In other words, it’s all an act.

Nevertheless, I have always been determined to make the most of my sexual experiences with a partner. I find it too humiliating (and insulting to my partner) to ‘put up with’ sex, ‘lie back and think of England’ or fake orgasm.

Over time this enthusiasm inevitably has had its ups and downs but even so I have been willing to invest effort over decades in exploring ways in which my partner might be able to return the favour.

Sex for love or for money?

No one likes to admit it but men often pay for sex (whether by supporting family or paying for dates). Nevertheless, we can differentiate between: (1) sex for pleasure where men pay directly for sex and (2) sex within a loving relationship.

The proposal of the sexual revolution was that the line between these two would become blurred. The suggestion was that in a more liberated world, men and women could hope to share sexual pleasure when they enter into intimate sexual relationships.

No one explains how women can hope to orgasm during sex when they need 20 minutes or more stimulation yet younger men orgasm within a few minutes. Are there really so many generous male lovers out there?

Sometimes a woman knows that something is missing from sex. Other times the man suspects that his partner is faking or hopes that she would be more enthusiastic about sex if she could enjoy orgasm during sex as he does. In some cases, the man is much more driven by sex than the woman. In other cases the couple is keen to find new ways of making sex even better over the longer-term.

We would like to share some of these ideas with other couples, who have explored a variety of sex play together in a spirit of exploration and adventure and who are open to new ideas.