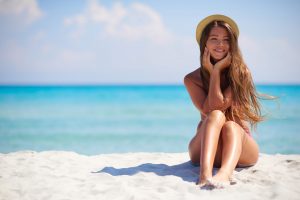 As a young woman I never understood why I did not experience sexual arousal as a natural part of my sexual relationship. Much later I decided to talk to experts, assuming that they would have some answers, but I was met only with evasion and silence.

The issue of women’s sexual arousal and orgasm with a partner is surrounded by mis-information, contrary opinions and, above all, defensiveness. More often than not, our ‘knowledge’ today revolves around debating OPINIONS rather than the FACTS.

In the SAME article (The Times, 4th October 2008), a female therapist contradicts: “There is no avoiding the fact that orgasm is problematic for a significant percentage of women”.

Women are still told they will orgasm ‘naturally’ when they love a man. Romance may cause a woman to be amenable to sex but anyone who is familiar with orgasm will know that reaching orgasm involves a release of SEXUAL emotions not LOVING emotions.

Having been brave enough to ask personal questions about sex, I have been shocked by just how superior and openly hostile people have been. There were no answers and little sympathy. Small wonder more women don’t ask questions.

Some women claim orgasms during sex ‘just happen’ but they are rarely able to explain how their arousal works. When faced with women who do not share their experience of easy sexual arousal and orgasm they can be easily offended and quickly become defensive. This has made it very unpleasant to try to understand female sexuality by comparing notes with others.

“There are some who advocate the perpetuation of our ignorance because they fear that science will undermine the mystical concepts that they have substituted for reality.” (p13 ‘Sexual behavior in the human female’ – 1953)

The FACT that many women never learn how to orgasm during sex threatens people’s emotional beliefs. Even experts prefer to assume that female orgasm ‘just happens’ rather than have to explain how a woman can learn to orgasm with a partner.

One woman was ‘highly offended’ by anyone questioning whether women orgasm as easily as men. I’m sorry to burst anyone’s bubble but the evidence is there for anyone to see even if they claim that their own experience makes such a thing impossible.

She continued “Many reports note that in heterosexual sex relationships, the woman’s inability to orgasm is in part due to her partner’s inability to give her an orgasm, among other reasons.” That’s very nice isn’t it? Let’s blame it all on men.

So men are told that thrusting or the G-spot will ‘make her scream pure bliss and beg you not to stop all night long’. If female orgasm is so easy why is this advice necessary and why does no one ask about male orgasm? Are men really so selfish?