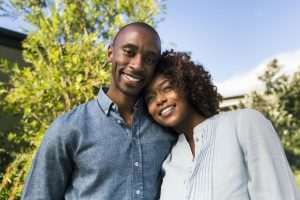 Some people assert confidently that women orgasm easily during sex. Yet, when I ask for details, the responses are frustratingly vague and defensive.

Many people assume that all women ‘naturally’ orgasm during sex. I have been advised to read a sex manual as if only extreme ignorance can explain a lack of orgasm. Alternatively, with a sympathetic expression I am asked about my feelings for my partner: “Do you find him attractive? Do you love him?” The implication is that female orgasm arises from true love.

“Orgasms are natural, but intercourse is not, for many of us, the easiest way to have them.” (p79 Woman’s Experience of Sex 1983)

More informed sources commonly explain women’s lack of arousal during sex and their failure to orgasm during sex by:

A popular suggestion is that women have emotional hang-ups about sex and yet it is not logical that women should be more inhibited in their intimate relationships than men are. Given women’s much closer emotional intimacy with friends and their children, it seems more likely that if anyone is going to be emotionally inhibited it would be men not women.

While men’s sexual arousal clearly depends on eroticism, women’s sexual arousal is assumed to depend on romance. So women are told that they need a loving relationship to enjoy sex. Of course, the ultimate fall-back is the suggestion that female orgasm is unimportant, which is only true from a reproductive point-of-view and when a woman is unfamiliar with orgasm.

“Men, imagine having sex without having your penis stimulated. It would certainly not be very much fun.” (p42 Mars & Venus in the Bedroom 1995)

All those magazine articles proposing a million ways to give a woman a mind-blowing orgasm sound very promising but why are they needed in the first place? You rarely see an article explaining how to give a man even one orgasm, mind-blowing or otherwise. These articles prove that there are many women who struggle with orgasm of any description during sex.

It’s about time that sex experts stopped patronising the average couple out there. There are whole books written about female sexual arousal and orgasm so how can it be so straightforward that every woman achieves it as we’d like to think? Even the terms ‘arousal and orgasm’ refer to women’s experiences because men’s sexual arousal is usually easy. Yet so often we are told that the solution is as simple and obvious as pressing a button – the clitoris. Evidently, clitoral stimulation is not everything.

Increasing numbers of women ask about orgasm during sex but there are few answers. Sex experts can rarely focus on this one issue as I have. From my extensive research, I can vouch for the fact that female arousal is not easy. Anyone who implies otherwise is misguided: they have either mis-interpreted their own experiences or they are simply quoting popular beliefs.