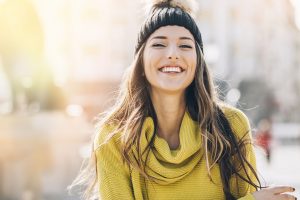 Humans are one of the few mammals known to have intercourse even when the female is not in estrus (the fertile period in the female’s reproductive cycle).

Intelligent social animals learn that cooperative behaviour can be far more successful than that of any individual alone. Thus human sexuality has evolved beyond the immediate needs of reproduction to allow for the forging of emotional bonds between partners vital to long-term sexual relationships.

We have sex for the following reasons:

Reproduction is the main purpose of sex

With all the hype about sexual pleasure it is easy to forget that the PRIME purpose of sex is reproduction. This involves not only a man impregnating a woman but also the provision of a home in which a child can reach maturity. Despite drives for sexual equality, women are still the home-makers and need to identify a man dedicated to their family goals.

Even today a woman benefits from having the protection of a strong and capable man. So a woman chooses a man who is likely to be able to protect her and a family against the threat from other human males as well as other dangers. Sex provides an emotional intimacy that makes a relationship more stable and more capable of sustaining children in the future.

If women wanted sex the same way that men do, they might be tempted to have sex with many different men even when they have children. But who would support them while they are raising all the resulting children? A man wants to know that a child is his before he is likely to be willing to contribute towards its upkeep.

A human female has to be able to offer a mate the sexual interaction he needs so that he does not seek sex elsewhere. Now we might think that Nature would ensure this by causing sex to be equally pleasurable for men and women. The fact is that there is no need for this because women already have enough incentive: the survival of themselves and their children.

‘The Duchess’ (2008) stars Kiera Knightley as the Duchess of Devonshire (1757 – 1806). The story portrays the duchess in a loveless marriage under obligation to provide a male heir for her husband. She falls in love with another man but when she tries to leave her husband he gives her a choice. If she leaves with her lover then she loses the custody of her children.

Given the choice between sexual pleasure with the man she loves and her children, she chooses to raise her children. Many men are perplexed when women lose interest in sex once their family is complete. Ultimately, a woman gets the emotional intimacy she needs from her children at a time in life when men are often more dedicated to their own personal goals.

Naturally there are exceptions to the dedicated mother. Generalisations are not intended to categorise people absolutely but simply to provide possible explanations for different behaviours between the sexes. My suggestion is that the importance of orgasm and especially enjoying sexual arousal with a lover is generally lower for women than it typically is for men.