Most women are not aiming for orgasm through genital stimulation 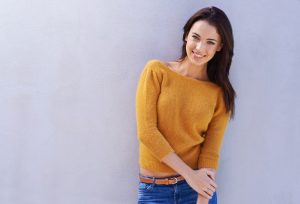 Some women refer to ‘making love’ because the term more accurately describes their motives in terms of loving emotions rather than as an explicit sex drive.

Modern expectations cause some women to talk about their sexual experiences (whatever they are) in terms of arousal and orgasm. Some women knowingly fake orgasm but there is almost a sense of bravado associated with faking. We assume that women only fake part of the time or are sexually experienced enough to know how to fake. Many others interpret sex as a loving act without needing to talk about orgasm at all.

The resulting confusion leads many people to believe that women orgasm during sex despite their own experiences (that women are much less driven by sex) and despite the fact that intercourse provides insufficient clitoral stimulation for female orgasm.

As in the fable ‘The Emperor’s New Clothes’ it takes great courage to question ‘truths’ that the majority consider indisputable. Any woman brave enough to question is labelled ‘sexually dysfunctional’ and this humiliation alone is enough to silence most people.

Intercourse was never intended to lead to female orgasm

Confusion over female orgasm arose during the sexual revolution, which discovered that women were capable of orgasm. It was mistakenly assumed that female orgasm must naturally occur during the core heterosexual love-making act of vaginal intercourse. Consequently although men and even lesbian women use genital stimulation to reach orgasm, heterosexual women get away with claiming that they orgasm during sex without any clitoral stimulation whatsoever.

Vaginal intercourse is a reproductive act whereby the male impregnates the female. Male orgasm (since it usually involves ejaculation of sperm) is required for reproduction but female orgasm has no role in reproduction. Therefore women do not need to be as sexually driven as men nor do they need to become aroused or to reach orgasm as easily as men.