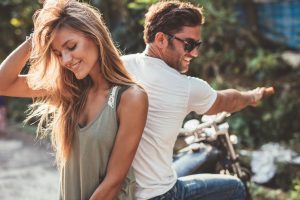 Unfortunately, modern day sexology is not a science based on facts and logic but more a collection of beliefs and opinions.

If female orgasm is so easy, then why do so many people ask about how women orgasm? No one EVER asks about male orgasm.

Orgasm involves a release of sexual tension that is built up as a person becomes aroused. Even for a woman, a true orgasm is followed by a period of resolution before another orgasm is possible.

The discussion of orgasm during sex covers the following:

If the answer to achieving female orgasm were as simple as providing PHYSICAL stimulation, there wouldn’t be a problem in the first place. After all this isn’t rocket science. When a man is sexually aroused, he knows which body part to stimulate.

“Many women indicated that they could not even suggest that their male partner was not satisfying them because if they did he would just fall apart. I felt a little insulted by that. I’m a big boy. If I’m not stimulating your clitoris correctly or whatever, tell me. I can handle that. I think most men can.” (p182 The Hite Reports – 1993)

(2) BUT clitoral stimulation by itself (whether by the woman or her partner) does not guarantee female orgasm. Why not?

Unlike men, most women do not approach sex just short of an orgasm. So even a woman who masturbates does not necessarily consider stimulating her clitoris during sex with a partner simply because she is not MENTALLY aroused enough for genital stimulation to make sense. Genital stimulation only leads to orgasm once a person is mentally aroused.

Since the naked body of a sexual partner does not cause a woman to become aroused enough to orgasm, she is likely to need to use her sexual fantasies during sex. The truth is that a woman is lucky if she finds even ONE way to orgasm.