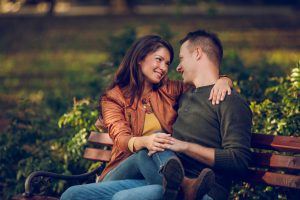 Such women will describe their sexual experiences, even in terms of arousal and orgasm, as if they arise from their feelings for their partner. They interpret orgasm as an accumulation of emotional sensations rather than as a true sexual release.

One female sex expert told me: “Relationship of course, also plays a big role and impacts how and whether women will climax during love making – whether as a result of intercourse or other forms of stimulation.” Women often assume that female orgasm relies on a good relationship (quite how I’m not sure) and so they never understand how a woman masturbates to orgasm.

Portrayals of women as sexual beings are not negative or disgusting. Women just find the raw crudity of sexual activity less appealing than men tend to but with fantasy you can gloss over these practicalities. Women need to approach sex through the mind and through imagining sexual scenarios where the woman is in control (at least as the director of the fantasy!).

Imagine yourself as the object of a man’s sexual desire. This in part depends on a woman being able to see herself as desirable. She may have to work on her self-image. Remember that beauty is in the eye of the beholder and for every woman there’s a man who will find her attractive. Not every man wants a blonde bombshell anorexic model in order to enjoy his sex life.

The early years of any relationship are relatively easy as a couple explores ways of enjoying sexual pleasure together. Long-term relationships (over 10 years) are more challenging because a couple needs to open up to each other on a different level.

My partner and I have found talking to other people, relationship counsellors and sex therapists, very useful and more couples (especially men) should be brave enough to try this. If you really care about your sex life, you may need to re-think some basic attitudes and behaviours. No one is going to force you into anything and it’s totally up to you how you choose to change things.