Techniques women use to reach orgasm 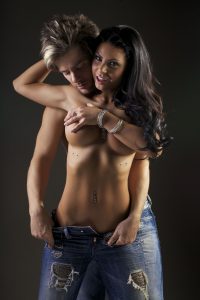 I’m sure that men will understand the point. We express our sexuality through two basic phenomena:

Most women are unaware of the need for orgasm techniques

As a woman who has questioned a lack of female orgasm during sex, I am told that other women find orgasm easy. The trouble is that the facts stand against this claim. Common sense tells us that (compared with the genital stimulation that men need) the clitoral stimulation provided by vaginal intercourse is likely to be insufficient for a woman to reach orgasm.

Women, whose sexual experiences are based purely on sex with a partner, often interpret sex in the light of emotional criteria. They are confused by other women’s questions about orgasm because they think it is easily achieved. They believe that all you need is loving feelings for your partner and then you reach orgasm the first time and every time from vaginal intercourse.

BUT we are mixing apples with pears here.

The phrase ‘orgasm techniques’ sounds fancy but only means getting turned-on and then knowing how to orgasm by stimulating our genitals. Men also use orgasm techniques because (even for men) orgasm does not simply drop out of a tree.