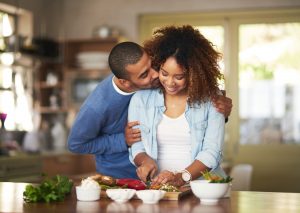 Rose was a pretty woman even in her late forties. Despite being a mother and housewife she always achieved a classy presentation. Rose told me:

“Although I masturbated as a youngster (from 14) it was never to orgasm. My first orgasm was by accident. It happened at 17 with a boyfriend – not during penetrative sex but as a result of my body rubbing against his body. It was a scary experience for me and I didn’t like being out of control. It wasn’t until I met my long-term partner who had studied the female anatomy from books and real girls that I had another orgasm at 19.

Rose agreed that a man’s sexual arousal can be very flattering and that an important aspect of her own sexual arousal was the idea that her partner wanted to have sex with her. Some couples find that the spoon position allows a woman to stimulate herself (think of spoons lying side by side in a drawer – man behind the woman).

Rose agreed that women’s sexual arousal and orgasm are not automatic and that women’s sexual arousal is more consciously generated: “Men are easily stimulated by sexual thoughts. Women’s automatic trigger is (1) more easily sublimated, (2) far less frequent and (3) needs other factors present to be switched on (i.e. they need to be content with other areas of their life).

I think that they do have this automatic trigger but because of the above reasons, the choice becomes more conscious. Women usually need more artificial aids to trigger arousal. I would also add general touching and caressing (as opposed to specifically primary erogenous zone touching).” Later she remarked:

“It’s peculiar that the ‘power’ that women have over men (i.e. the ability to sexually arouse them) is at times really appreciated by the woman and helps with her arousal. And at other times completely abhorrent to her or at least the effect it has is abhorrent. Unfortunately, men seem to be unable to get the timing right as to when to respond to this power. This is not very fair for men because they really seem unable to pick up the signals and respond appropriately. I believe that for whatever reason (upbringing, genetics) that their emotions are so controlled that they cannot read the emotional signals that women give out.”

“It’s not that men are insensitive. Their brains just aren’t organised to notice small details and changes in the appearance or behaviour of others. ” (p77 Why men don’t listen 1999)