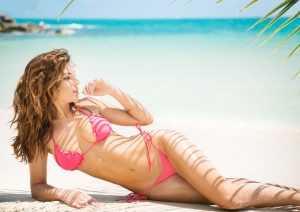 Up until the 1950s society believed that women only had sex either for the purposes of procreation or to satisfy their partner. Alfred Kinsey’s revelation in 1953 that women also experience orgasm caused a sensation.

Women who did not achieve sexual arousal and orgasm during sex as easily as men, who had previously been labelled ‘frigid’ were now considered to be sexually dysfunctional. The fact that this ‘dysfunction’ was so prevalent among women, and yet unheard of in men, was never questioned.

This new definition of female sexuality implied that, once relieved of the old-fashioned female inhibitions, truly modern and liberated women’s minds and bodies would respond just the same as men’s had always done. Women were pressured into exaggerating both their sexual desire and their sexual arousal as well as into faking orgasm to keep men happy.

Others understood that women’s sexual role is to satisfy men’s sexual desire and that some women are more manipulative than others. What have women to gain by admitting to any sexual inadequacy? So women fake orgasm rather than visit a sex clinic. They assume that sex is one of those areas of human life that will never be truthful (and as I found they are right).

The power of female sexuality is to arouse men

When girls become women they learn that men’s response to their body provides them with a tremendous advantage both in earning easy admiration and in their relationships with the opposite sex.

In the film ‘Dangerous Liaisons’ (1988) Glenn Close asserts that sex involves women using their sexuality to manipulate men. Women’s advantage comes from the fact that men need sex so intensely whereas women do not need sex at all.

This power causes resentment between women because those who pander to men’s sexual fantasies are seen to be capitalising on this male vulnerability and thereby often threatening the stability of marriage and family.

As a teenager, I was naive (or optimistic) enough to believe in the promises of the sexual revolution. Later, after meeting with so little sympathy and so much defensiveness, I decided to highlight the difficulties for women who hope to orgasm during sex.

Heterosexual activities … are more often initiated by the male partner and, in consequence, they do not provide as good a measure of the female’s innate capacities and sexual interests.” (p146 Sexual behavior in the human female 1953)

Female orgasm is important not only to some women today but also to many men who want their partner to be aroused through sex. A woman can ignore the problem to a degree because she doesn’t have the same need that men have to orgasm with a partner. So the modern pressure on sexual relationships is often driven by men’s insistence that women should orgasm.