Why do so many women dislike eroticism? 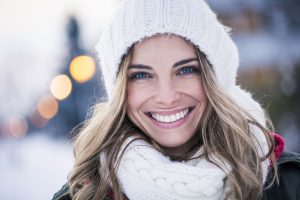 Pornography is defined to be ‘sexually explicit material (verbal or pictorial) that is primarily designed to produce sexual arousal‘.

Two women give their views on pornography.

Helen Longino, the American philosopher: “I define pornography as verbal or pictorial explicit representations of sexual behavior that … have as a distinguishing characteristic ‘the degrading and demeaning portrayal of the role and status of the human female . . . as a mere sexual object to be exploited and manipulated sexually’.”

Why is it assumed that men are always the exploiters and women always exploited in sex? Is it assumed that any sexual act must always be solely for men’s pleasure? Surely a heterosexual act can, at least sometimes, be as pleasurable for women as it is for men?

Susan Brownmiller, the American feminist and journalist: “hard core pornography is not a celebration of sexual freedom; it is a cynical exploitation of female sexual activity through the device of making all such activity, and consequently all females, ‘dirty’.”

Most men are not sex perverts and only enjoy positive images of women. So how do these pictures make the woman ‘dirty’? Let’s face it: people who have moral objections to sexual pleasure have never tried sexual activities other than intercourse. They simply cannot imagine that they would ever enjoy more adventurous sex and so they believe that no one else should.

Perhaps women dislike seeing themselves portrayed as sexual beings – people with physical attributes that other people find sexually arousing? Or is it just that women don’t understand because they don’t become aroused by looking at pictures of naked men? Answers on a postcard…

This is the apparent contradiction in our society’s portrayal of female sexuality. We assume that women enjoy sex as much as men, including their own sexual arousal and orgasm during sex, and yet many women are disgusted by even a hint of the eroticism that is at the core of our enjoyment of sexual pleasure.

I am not offended by men’s enjoyment of pornography because, although I don’t use images for arousal, I do use stories. One might be tempted to call one: ‘visual pornography’ and the other: ‘verbal pornography’ but women prefer the term ‘erotica’.

Erotica is a genre of literature that includes sexually explicit material as a primary feature. Unlike pornography, erotica is not aimed exclusively at sexual arousal (but it’s not exactly art either!).

Gloria Steinem talks about erotica: “a mutually pleasurable, sexual expression between people who have enough power to be there by positive choice . . . . It doesn’t require us to identify with a conqueror or a victim”.

Let’s be very clear about one thing though. Most reasonable people would consider any pornography MORALLY WRONG that is produced as a result of the real life exploitation of one being by another.

Thus any sexual act with animals, children (most usually persons under the age of 18) and anyone who has been coerced into sexual activity through emotional, physical or financial intimidation cannot be supported by a civilised society.