Women have a lower sex drive 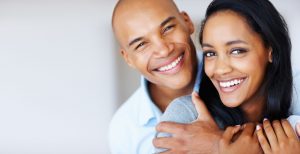 A man’s orgasm (since it is usually co-incident with ejaculation) is critical to reproduction and so it makes sense that men are motivated by eroticism and able to reach orgasm easily.

Female orgasm, on the other hand, is not required for a woman to conceive. Even the wonders of modern contraception cannot change women’s sexuality from what Nature intended it to be.

“…men and women are manifestly not the same. And nor are their responses to one another.” (p6 The Bluffer’s Guide to Men 1998)

“We have pointed out that … the incidences of responding males, and the frequencies of response to the point of orgasm, reach their peak within three or four years after the onset of adolescence. On the other hand, … the maximum incidences of sexually responding females are not approached until some time in the late twenties and in the thirties, although some individuals become fully responsive at an earlier age.” (p714-715 Sexual behavior in the human female 1953)

Unlike boys, girls do not experience spontaneous sexual arousal and so they have no similar natural motivation to investigate how their genitals might respond to stimulation. If she is to discover how her sexual arousal works, a girl has to make a much more CONSCIOUS decision to explore her enjoyment of eroticism and develop her fantasies.

So while most young men are quite naturally motivated to explore their own sexual arousal and to reach orgasm through an appreciation of eroticism and genital stimulation, most young women are, just as naturally, more focused on exploring their emotions and relationships with others. As a consequence, men and women approach sex from very different perspectives.

If a couple has some understanding of the different rewards that men and women obtain from sex, they can make sure that there is a balance of giving and receiving in their sex life. If we understand how our partner’s responses differ to our own, the modern couple can aspire to ‘quality’ sex within the context of a positive and mutually supportive relationship.