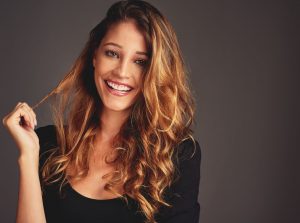 Naturally, some women insist that they are just as sexually driven as men. Even today when pornography dominates 90% of the Internet, women remain incredibly naive about men’s passion for sex.

One woman said: “The basics are this: men like sex and will give affection to get it. Women like affection, and get it during sex. It works out well for both. I believe women enjoy sex as much as men do.”

Women, who prior to the 1950s had been thought incapable of sexual pleasure, are now told they can ‘enjoy’ sex as much as men since female orgasm is assumed to occur ‘naturally’ during intercourse.

I have tried to imagine what it must be like for a woman to approach sex without knowing what her own sexual arousal and orgasm feels like. Even so, I have to question how a woman cannot notice a man’s early morning erection. Do they never realise that almost any intimate physical contact causes a man to be eager for sex? There are no female equivalents to these.

Not every man is a potential rapist, has paid for sex or is a sex pervert (e.g. fetishes, peeping tom etc.). But these examples indicate how much more sexually motivated the average man is compared to the average woman. This fact also explains why women (but not men) can hug and kiss each other without anyone assuming that there is a sexual context to the relationship.

It is important to differentiate between what women say and what women do. Women often stand to gain by professing an enthusiasm for sex. This is hardly a modern female ploy: the sexually provocative female has existed since time began.

What is much more indicative of women’s enthusiasm for sex is what women actually do:

It would be more useful to ask older women, who have less to prove, what they think of sex. I have tried talking to women of all ages about sex and the vast majority prefers to make no comment at all. In fact, very few women are shouting from the rooftops about the joys of sexual pleasure. Unfortunately the majority is intimidated by the sexual ego of a tiny minority.

There is little support for providing younger women with information about enjoying their own sexual pleasure. My efforts meet with defensiveness, silence or fierce opposition. Many people insist that women can ‘enjoy’ sex as much as men do but it is not clear that they are talking about orgasm. Women themselves are rarely able to explain how they orgasm during sex.