Women who enjoy their own sexual arousal 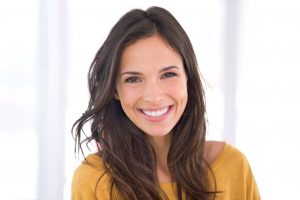 Anyway, the first time you have sex you are devastated when ‘the real thing’ turns out to be totally un-arousing. Then you learn that experts concluded decades ago that vaginal intercourse does not provide the PHYSICAL stimulation that a person of your gender needs for orgasm. This makes orgasm highly unlikely even if a person knows that they need to compensate for the lack of genital stimulation.

So how does this other man generate the sexual arousal that he has never been motivated to enjoy by himself? Especially when he appears to be oblivious to the need for psychological or physical stimulation techniques to compensate for the known facts of his anatomy and psychology for your sex. How can it be that everything works for him WITHOUT HIM EVEN TRYING?

The answer is that it doesn’t because he has never aspired to the same experience in the first place.

Women who know how to achieve their own sexual arousal have an unusually high (for women) appreciation of eroticism and so they understand that orgasm involves a release of sexual feelings, not loving feelings. Consequently, true sexual arousal relies on a person’s ability to appreciate eroticism (images for men; scenarios for women).

“Human males throughout history and among all peoples have been most often concerned with the sexual activities of the female when those activities served the male’s own purposes, and her solitary and even homosexual activities have often been ignored.” (p136 Sexual behavior in the human female 1953)

If people want to learn from the experiences of others, that is their choice. If not, I am not in the least offended.