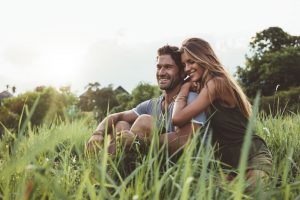 Although many sources refer to women’s ‘sexual dysfunction’, it is rare to find a definition of what is supposed to be sexually ‘normal’ for women in the first place.

Sex involves both reproduction and sexual pleasure. So in reproductive terms, a man could be described as sexually dysfunctional if he cannot impregnate a female (male orgasm required) and a woman if she cannot conceive (female orgasm not required).

Enjoyment of sexual pleasure certainly includes sexual arousal and orgasm for men. However, many women are unconcerned about a lack of orgasm during sex.

Lack of female orgasm is not a sexual dysfunction

It is unreasonable to categorise such a high percentage of women as having a sexual dysfunction. So there is nothing abnormal about either an-orgasmic or pre-orgasmic women. Such women do not have a ‘problem’ at all. They simply need to accept that this is the way things are for many women who hope for orgasm in their sexual relationships.

Even these statistics for women’s sexual performance are likely to be optimistic because women who respond to surveys or talk to others about sex are already in a minority. Many other women justify their sexual relationship in terms of loving their partner or having children rather than as a means of enjoying their own sexual arousal and orgasm.

From Shere Hite’s survey (1976) 30% of women claimed to be able to orgasm regularly from intercourse alone. This is quite amazing when you think that it is equivalent to 30% of men boasting that they prefer to orgasm without stimulating their penis.

“Furthermore it’s a pretty safe guess that the statistics are worse than that. Because if it’s a volunteer sample, the women most likely to come forward and be candid about sex are likely to be those who are also successful with sex. And while many people might be tempted to pretend they do orgasm when they don’t, few are likely to pretend that they don’t when they do. That’s about as probable as a woman claiming she weighs ten stone when she actually weighs nine.” (p19 Women’s Pleasure 1993)