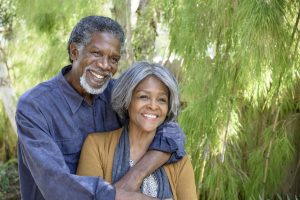 Judy married in the late 1950s; well before the average woman was informed about what a sexual relationship might involve. Judy’s aspirations were to provide a comfortable home for her family and to enjoy being a wife and a mother.

When I talked to her, Judy was in her mid-sixties with grown up children and a relationship of over 40 years. It was always doubtful whether she would understand a smutty joke but she had a wonderful giggle.

Young women often don’t know how to orgasm and why should they? There are few sources of information to help younger women learn how women’s sexual arousal works or how they can go about enjoying sexual pleasure. Also it can be difficult to find explanations for women’s sexual experiences given that sex advice for women is often misleading.

“It is obvious that neither younger girls nor older women discuss their sexual experiences in the open way that males do.” (p138 Sexual behavior in the human female 1953)

A sex therapist in her late fifties was totally over-awed by the modern talk of vibrators and orgasm. She was happy to admit that young women today are much more experienced than older generations (my view – it depends on the woman). Nevertheless she was confident to advise (presumably from the book) that clitoral stimulation solves all difficulties with orgasm during sex.

It may have become fashionable (not only acceptable but also actively encouraged) that women should be as positive about sex as men but, whatever the fashion, we cannot change our fundamental biological responses. Flattered by male attention, young women naturally respond by appearing to be ‘more sexual’ than their elders. Unfortunately, society rejects a more representative picture of women’s sexuality because of the cultural pressure to promote young women as sexy.

In any event, lack of orgasm is only a problem if a woman feels that she should have one in the first place. This is likely to be one reason why the scale of the ‘problem’ is rarely acknowledged because, as long as a woman is ignorant of what she is missing, she can happily go through life without ever knowing what an orgasm feels like.

“Sexual decisions, in the final analysis must be personal.” (p412 Human Sexuality 1995)

Lack of understanding about female sexuality means most women prefer to say nothing at all. It has certainly made me wonder: if the ‘normal’ experience is to orgasm with a partner then why do so few women positively promote the joys of sexual pleasure?