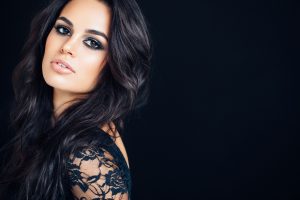 William Masters and Virginia Johnson’s research in the 1960s focused on intercourse but even they acknowledged that the clitoris is the source of female orgasm (NOT the vagina as is often assumed).

These conclusions were not generally popular and, having failed to gain general acceptance, have been marginalised in modern day explanations for women’s sexual experiences.

Possible reasons for their rejection include:

Clitoral stimulation is needed for orgasm

Amazingly, not all experts today agree that clitoral stimulation is required for female orgasm. The issue remains contentious because relatively few women understand that genital stimulation is required for a person to experience orgasm. So although few men would attempt to reach orgasm without stimulating their penis, many women claim to orgasm without clitoral stimulation simply because they assume (as most men do) that female orgasm arises when the penis stimulates the vagina.

“The source of an orgasm, then, is clitoral. But a woman can feel orgasm mainly in her clitoris or the area beneath it, or in her vagina, or both, or in the whole pelvic area including her uterus, or – indeed – flooding her whole body.“ (p75 Woman’s Experience of Sex 1983)

The clitoris is highly sensitive to touch much as the glans of the penis is. So when we talk about direct stimulation of the clitoris, my personal experience is that this involves stimulating the clitoris through the skin around (the labia) and over (the hood of) the clitoris. I tend to rub downwards from my vulva above the clitoris and press one or two fingers from each hand over the clitoris.