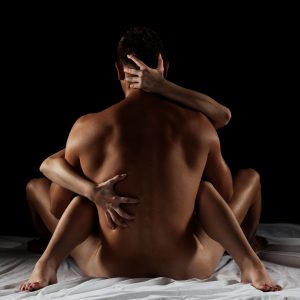 When it was suggested recently that UK schools should explain the role of the clitoris, mothers were up in arms. They objected to their daughters knowing that a girl might find it pleasurable later in her life to touch her clitoris.

There was no uproar over boys’ genitals. Were the boys also told that their willies might give them pleasure later on? Boys discover their sexuality ‘naturally’ and many people believe that girls should be left ‘naturally’ not to discover theirs.

One mother believed that her five-year-old should be left alone in childish innocence happily ‘pushing her dolly around in a stroller’. It’s questionable whether children as young as five would be able to make much of this information even if they could comprehend what they were being told. But what about that dolly in the stroller? To have a real baby, male ejaculation and orgasm are essential but many people do not see that an explicitly sexual phenomenon such as orgasm is relevant to women.

Many women relate to their role as a mother (the reproductive aspects of female sexuality) but are less comfortable with the idea that women can enjoy sexual pleasure through their own arousal and orgasm. Since the concept of female sexuality (in terms of their own arousal) is alien to them, many women are never even interested in discovering orgasm.

Women have to learn to appreciate eroticism

Girls need information and encouragement if they are to experience what boys learn more spontaneously. If girls explore sexual activities other than intercourse, not only might they discover orgasm but also ways of enjoying sex with a partner with a lower risk of pregnancy (oral sex, for example). But you can’t make girls as interested in orgasm as boys naturally are.

A fascinating collection of letters by two literary men, who correspond with each other between 1955 and 1962, provides some enlightenment. Rupert Hart-Davies explains his extra-marital affair, which came about after his wife lost interest in sex: “She is one of the (I suspect) many women whose sex instincts are in fact wholly directed to the production of children, and when their quiver is full they want no more (as they say in the courts) intercourse.”(p150 ‘The Lyttelton Hart-Davies Letters’ 2001)

Many people believe in sheltering young women from eroticism and yet enjoyment of eroticism is fundamental to a long-term sexual relationship. A loving partnership involves supporting each other’s life goals of both family and an active sex life.