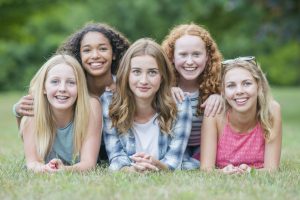 Reading the word ‘sexy’, a boy of nine screwed up his face in a gesture of disgust and said “Yuck!”. I asked him why and he replied, “Because my parents told me it’s disgusting”. Presumably these parents are trying to warn their son away from the temptations of sexual pleasure with its associated immoral behaviour.

For women, there has always been acceptance of sex within the context of family but disapproval of sex for pleasure. In fact where a woman’s only sexual experiences are of intercourse, she is unlikely to ever discover her own sexual arousal.

Women’s sexual arousal relies on sexual fantasies and so women who do not appreciate the positive aspects of eroticism also have no expectation for enjoying sexual pleasure.

“Women often feel they have no right to sexual experience apart from that which a man provides.” (p62 Woman’s Experience of Sex 1983)

Many women are disgusted by pornography, which appears to display women’s bodies like a meat market for male gratification. Women who enjoy their ability to arouse a lover learn that male turn-ons simply work differently. A woman gives to a lover through sex in return for benefits in the wider relationship.

Melanie fears (as do many others) that knowledge about enjoying sexual pleasure will damage the teenagers’ emotional development and suggests that “genital gratification separated from a permanent loving commitment is a form of degradation.” She also believes that “spiritual and emotional meaning distinguishes human sexual activity from animal behaviour”.

The view that women’s experience of sex should be restricted to marriage almost denies the fact that a woman might be capable of appreciating her sexual experiences for their own sake. The fact is that some women do explore sexual pleasure.

“In most cultures, throughout history, everywhere in the world, some sort of distinction has been made between the acceptability of pre-marital coitus for the male and the acceptability of such coitus for the female. This undoubtedly stems from the fact that it has always proved impossible to prevent the majority of males from having coitus before marriage; while females, who are less often sexually responsive at early ages and less often stimulated psychologically at any age, have proved to be more controllable.” (p322 Sexual behavior in the human female 1953)

At its best, sex can be an innocent pleasure for any couple to enjoy whether they are married or not. If a woman finds a man she likes and respects, then the sex is sure to be even better. Sex is key to the emotional bonds that underpin healthy family life.