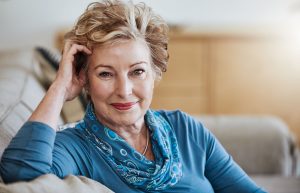 Carolyn knew that I masturbated and she asked me, rather tactlessly I thought, whether I had ever had any lesbian tendencies. It reminds me of the joke told by a character in the film ‘Flashdance’. A male chef asks, “What’s this?” and sticks his tongue out flat. The answer – “A lesbian with a hard on!”.

Lesbian women are seen to enjoy explicit sexual arousal (involving the clitoris). For heterosexual women, enjoying sexual pleasure is primarily associated with immoral behaviour. Within loving relationships heterosexual women usually settle for vaginal intercourse, which can be justified morally on the grounds of reproduction.

We like to underplay the physical aspects of heterosexual women’s sexual arousal. Even though women do have ‘hard-ons’ we rarely acknowledge this fact. We prefer to attribute strong physical responses to male sexuality. I enjoy my own sexual arousal and orgasm but my focus is on what is happening in my head rather than to my body. In general, men are more tuned into the physical side of sex (genital focus) but a woman appreciates the sensuality of her whole body (her power to arouse a man).