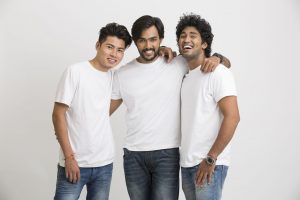 Faking illustrates how women are more concerned about keeping their partners happy or not appearing inadequate than they are about reaching orgasm. Otherwise, they would admit their problem and try to find a solution.

Likewise, the debate over which body part needs to be stimulated for female orgasm arises because many women don’t know how to orgasm.

It is unthinkable that a man would not know that his penis is the source of his orgasm because men tend to know how to achieve their own orgasm.

Men deal with sexual frustration on a daily basis so their ability to orgasm is vital to them. In relatively new relationships, the novelty of the experience is arousing enough for a man to reach orgasm regardless of his partner’s response. His own sexual arousal is his top priority and he does not need the reassurance of his partner’s.

“In the beginning of a relationship, sexual arousal is much more automatic and quick for a man.” (p15 Mars & Venus in the Bedroom 1995)

“The bottom line of what makes sex fulfilling and memorable for a man is a woman’s fulfilment. When a man is successful in fulfilling her, he feels most fulfilled.” (p70 Mars & Venus in the Bedroom 1995)

Men want to hold onto their sexual fantasies

Men tend to be so absorbed in their own sexual arousal and need for orgasm that they are usually quite oblivious to how women feel. Men have difficulty empathising with the female perspective for a variety of reasons:

“Men’s illusions about women are long on fantasy and short on reality and are often based on male-oriented published material … These media stereotypes become the stuff of male fantasy, even, though as any woman knows, they bear little resemblance to the vast majority of real women either emotionally or sexually. … Of course, the more experience a man has with women in the real world, the more clearly he realises how inaccurate the media and locker-room stereotypes are. He continues to hold on to his illusions, however, because he lacks anything more reliable with which to replace them.” (p79 Why Men don’t get enough Sex and Women don’t get enough Love 1994)

Men may be more sexual than women but there is one aspect of sex where men can learn from women. Since women do not approach sex already aroused, they enjoy a greater variety of sensual sex play. Men are affectionate when they want sex but once they have had their orgasm they lose interest in touching or kissing. A good lover devotes time to pleasuring his partner.

Men are either (1) highly aroused and focused on reaching orgasm as soon as possible or (2) having come, disinterested in any sexual contact. Men need to acknowledge that their sex drive works like an on-off switch. An ideal male lover should re-think his approach to sex and be prepared to build in some sensual pleasuring around obtaining his own orgasm.