How to enjoy your sexual fantasies 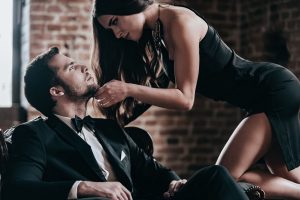 I started reading erotica around the age of 14. Initially I enjoyed the stories for sex information and as a light story. I also used to imagine what the men around me in everyday life might think of me sexually.

I’m fairly sure that the lights were off and that I was lying on my front, hands between my legs contemplating sleep. It was a natural and comfortable position in which to think about some sexual scenario.

Fantasies do not always transfer to sex

My fantasies are nearly always based on stories that I have read. I wonder what women did before the invention of the printed word…

One of my favourites is ‘The Story of O’ by Pauline Reage. The story is set in a large mansion filled with men who use it as a country club but it is a brothel. The men are rich (of course), masculine and sexually experienced (they know what they want).

I like to fantasise about group episodes with many men who are either having sex with me or waiting their turn. One scenario is based on servicing men while they are dining around a long table. Some ideas are not ever likely to be enjoyable in reality.

I have also found male homosexual erotica effective for arousal. ‘The King’s Men’ by Christian Fall tells the story of young Ned’s sexual adventures during the time of the English Civil War. ‘Hot Valley’ by James Lear is also an historical novel and follows the sexual exploits of Jack (who is a bit of a slut) in the New England of the 1860s. Well, I like history…

Apparently, some women are able to use their sexual fantasies during sex. Unfortunately, other women are not able to generate the focus required to reach orgasm from fantasy when they are engaged in sexual activities with a partner.