How to pleasure a man 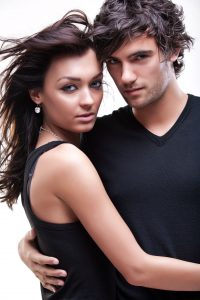 Tracy Cox (author of ‘Hot Sex’ 1998) tells the story of a woman who welcomes her partner home wearing a sexy nightdress, with champagne by the bed and a pornographic movie ready to play. If she does this regularly over the longer term then I take my hat off to her!

Her partner is a very lucky man. More realistically such pampering to a man’s sexual fantasies is likely to be an occasional treat. Nevertheless, such episodes that live out men’s sexual fantasies can fuel male sexual arousal and enjoyment of more ‘bread-and-butter’ style sex for a while.

Fantasy style sex is likely to be occasional. If inventive sex happened every day of the week, it too would become the norm. Nevertheless, men still hope for this ideal of everyday fantasy sex.

While at college I had a dentist with a sense of humour. Once just before starting work he asked me cheerfully, with his drill raised, whether I had any last requests. “Not really, just be as quick as you can!” I replied. “That’s exactly what my wife always says to me!” he joked.

Men don’t want sex to be a chore that is ‘gotten over with’ as quickly as possible. Particularly, over the course of time a man hopes for his partner to be more engaged in enjoying their intimate time together than in the early years when he could carry the day with his own arousal.

In the film ‘Ruthless People’ (1986) an older man hires a prostitute to have sex with him in the back of his car. He asks her to make as much noise as possible because his wife always lies there ‘like a gunny-sack’. The prostitute duly screams and moans so much that an onlooker (who admittedly is very stupid) mistakes the couple to be a murderer and his victim.

For men to enjoy sex they need to feed their sexual fantasies, which are most effective when based on their real sex life. Hence, men want to develop the variety, spontaneity and imagination of their relationship with a sexual partner. Men hope a lover will enhance their sexual arousal by engaging on their enjoyment of eroticism and by responding appreciatively.

“It isn’t the same for the two sexes because male turn-ons are concrete, while many female turn-ons are situational and atmospheric. … You can’t of course control your turn-ons any more than he can, but it helps if a woman has some male-type object reactions, like being excited by the sight of a penis, or hairy skin, or by the man stripping, or by physical kinds of play (just as it helps if the man has some sense of atmosphere). It’s the active woman who understands his reaction while keeping her own who is the ideal lover.” (p36 The Joy of Sex 1972)

Women make better lovers than men because they can put aside their own sexual arousal and focus wholeheartedly on pleasuring a man. Younger men especially are likely to have difficulty focusing on their partner’s arousal rather than their own.