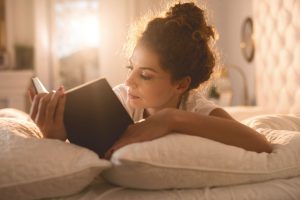 Erotica written for women often includes humiliation, domination and sadism. The titles of women’s sex stories abound with words such as: slave, chains, torture, bound, obey, submission. Do women associate sex with feeling ‘dirty’ or guilty about their sexual urges?

“Men have rape and domination fantasies. Women have fantasies about BEING raped and dominated.” (p84 Woman’s Experience of Sex)

I like the wholehearted enthusiasm for sex that is portrayed in homosexual erotica. There is no virginal reluctance or demure disgust. People just enjoy the eroticism of sexual activity without anyone being forced into anything against their will (not always but mostly).

I admit that domination can be arousing. Given there is so much out there I have read my share. One book of sex stories involved a series of sadistic scenarios and frankly I was quite relieved when I eventually tired of the never-ending pain. My conclusion is that the concept of sadism may get me going but, for me at least, it does not cause orgasm.

It was a revelation to me that, unlike pornography, erotica is not intended solely for the purposes of causing sexual arousal. Perhaps this explains why I often struggle to find sex stories for women that can assist with orgasm. I have to wonder though… what else does anyone read this stuff for?

Men might feel embarrassed (or they might not!) as they head off to buy their pornographic magazines. Their regular need to release sexual frustration through orgasm is such that men do not have the luxury of deciding to be ‘pure’.

“Most women do not orgasm as a result of intercourse per se. The overwhelming majority of women require specific clitoral contact for orgasm.” (p29 The Hite Reports 1993)

Shere Hite was phenomenal but sadly few women relate to her findings. This is because most women approach sex through their relationship with their lover. They have no concept of enjoying their own sexual arousal through clitoral stimulation. Equally they have never discovered the pleasures of sexual fantasies.