Intercourse does not facilitate female orgasm 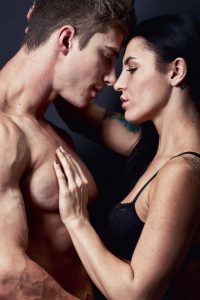 Men’s sexual arousal is usually easy, which gives them a natural advantage. As a consequence, while men can usually hope for orgasm from their sexual encounters, most women have to settle for the more diffused sensations of sexual arousal.

“Sex is a very different experience for women and men. A man experiences pleasure primarily as a release of sexual tension. A woman experiences sex in an opposite way. For her, the great joys of sex correspond to a gradual build up of tension. … A man’s immediate desire to touch and be touched in his sensitive zones is a given. He does not need much help in getting excited. He needs help in releasing or letting go of this excitement. In a sense, he seeks to end his excitement, while a woman seeks to extend her excitement to feel more deeply her inner longing.” (p27 Mars & Venus in the Bedroom 1995)

Love and romance make a woman amenable to a sexual relationship but do not by themselves create orgasm. Over time, a man needs to offer some sensual pleasuring focused on his partner’s sexual arousal so that sex holds some rewards for her.

After all, not many men would be happy about not having orgasms with intercourse…

Women need other compensations for sex

Sex is much more straightforward and easily pleasurable for men. Women’s sexual experiences are more difficult to interpret especially given the belief that it is ‘natural’ for a woman to reach orgasm with a partner regardless of the facts.

“Although there has been some disagreement in the past as to whether the absence of coital orgasms without accompanying manual clitoral stimulation is an abnormality per se, most sexologists today have concluded that this is not the case. … This distinction is often of little solace to a woman who is unhappy about not having orgasms with intercourse, however, even if she is vehemently reassured that she is completely normal.” (p587 Human Sexuality (fifth edition) 1995)

Apparently, some couples have the ‘problem’ that the woman can only orgasm from intercourse with additional manual stimulation of her clitoris. Many men are unhappy with this because they believe that a woman should orgasm simply from thrusting. Women also feel inadequate because they feel that manual clitoral stimulation is ‘cheating’.

Couples need to be much more realistic about expectations for female orgasm. Men need direct penile stimulation for orgasm so it is only reasonable that a woman will need at least as much clitoral stimulation (which intercourse does not provide).