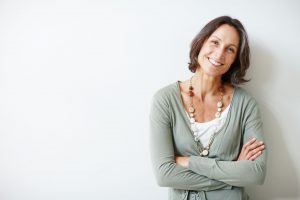 On relating our experience to others, we all tend to gloss over details or not own up to difficulties that were perhaps transient.

I told Linda, a mother of three in her late forties, that I had never had an orgasm during intercourse. Linda looked at me incredulously and laughed as if I must be ignorant of the most basic sexual facts. Naturally, I died with mortification at the implied sexual inadequacy.

“In fact, women do not take longer to orgasm than men. The majority of women in Kinsey’s study masturbated to orgasm within four minutes, similar to the women in this study. It is, obviously, only during inadequate or secondary, insufficient stimulation like intercourse that we take ’longer’ and need prolonged ’foreplay’.” (p46 The Hite Reports 1993)

The fact is that women have to learn how to orgasm. One woman told me that it had taken around ten years for her and her partner to achieve a ‘good’ sex life. Surely this fact is worth passing on to younger generations?

Imagine telling a man he has to wait ten years to learn how to orgasm from sex! Young women often don’t know how to orgasm and older women are not always that open about their own sexual experiences. The huge gap between how women’s sexual arousal is portrayed in the media compared with reality means that sex advice for women is often misleading.

Months later, when we had talked around the subject a few times Linda told me that she did not always experience orgasm, that orgasm was not that important to her and that her partner was the prime initiator in their sex life. So, her experience of sex with a partner was little different to my own. Linda explained that she had never approached sex expecting to experience orgasm.

“For some women lovemaking without orgasm is unsatisfying and they feel they have missed out on something precious. For others the journey holds more richness and delight than the getting there.” (p80 Woman’s Experience of Sex 1983)