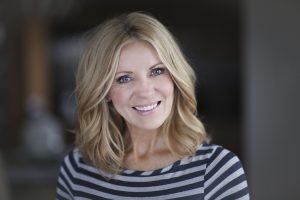 This is a natural mistake to make because of the misconception that sex is a mechanical or biological aspect of our bodies. In fact, doctors are unlikely to know any more about sex than the rest of us.

Sex is primarily about our psychology and our emotions. There are recommended positions and techniques for sexual intercourse but ultimately sexual arousal depends on what happens in the brain.

Most of us accept sexual pleasure for what it is and only seek help if there is a major problem. This is why the vast majority of people who consult sex experts are men with sexual performance problems.

People who go to sex experts are unusual because most people are not prepared to discuss possible sexual dysfunction with complete strangers, especially when they have to pay by the hour to do so!

By the time I was twenty I had read loads about sexual pleasure and imaginative sex play so my difficulty was not ignorance of technique. Instead I wanted to know why (although everything worked by the book for the man) my body and mind did not respond as I assumed they were supposed to. As a well-informed couple, we had tried all the foreplay techniques in the book.

When I consulted therapists in the UK, I was asking: “How do women become sufficiently aroused during sex to enable them to orgasm?” After meeting with defensiveness and incomprehension over my concerns about orgasm, I came to realise that therapists don’t know the answer to this highly personal question any more than anyone else. Why should they?

Some people claim to be unembarrassed about sex but only because they discuss other people’s sex lives. Very few women (even sex experts) are willing to talk about their own experiences of sexual arousal and orgasm during sex.

So therapists’ understanding of the average woman’s experience of orgasm is based on the findings of surveys. Unfortunately these can be highly misleading: (1) given the belief that orgasm is the normal experience many women assume they orgasm when they don’t; and (2) women often interpret their sexual experiences in the light of emotional rather than sexual criteria.

Lack of understanding means that women’s sexual arousal is still highly taboo. Even experts are confused when faced with couples who have unrealistic expectations. Evidently female orgasm is not an issue for the vast majority of couples today.