Some women never tune into eroticism 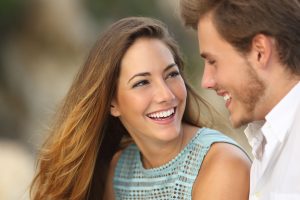 Angela, a woman in her early twenties, was having relationship problems with her boyfriend of six months. She was upset that he enjoyed looking at other women. She got him to agree to stop buying pornographic magazines, which she found demeaning.

Most don’t understand why she takes offence because, as far as they’re concerned, every guy does it. They’re right.

She believed that if he loved her, he would only want to look at her body. Angela was also disgusted by the idea that men can enjoy eroticism outside a loving relationship. I was surprised by her reaction because it has never occurred to me to place limits on my partner’s enjoyment of eroticism. Equally, I cannot imagine limiting my own thoughts at his request. Angela, still very much in love, was confident that she experienced orgasm with her partner but told me that she did not use fantasy.

Angela was sure that the arousal she gained, although driven through her emotional psychology, resulted in real female orgasms. Even the first time and every time afterwards, intercourse was orgasmic for her.

Angela thought that her sexual arousal stemmed from the idea that her partner found her sexually attractive. She said that she needed to be ‘on top’ to orgasm. Who knows? Some sources suggest that women who orgasm during intercourse have a more prominent clitoris or, perhaps, it is simply that their sexual fantasies (or expectations?) map more easily onto reality.

Angela had disliked eroticism ever since puberty when her father, brother and their friends made her feel degraded by their lewd sexual remarks. It’s a shame that some women are so sensitive to men’s sexual remarks, which are more often than not intended as a compliment. The problem arises because many women associate eroticism with being considered ‘dirty’.

Women are not even generally attracted by nakedness and especially not genitals whether those of a man, another woman or even their own. In fact, they go to great lengths to beautify their sexual attributes by covering up with pretty lingerie.

A young American woman, who had only twenty four hours in Rome, felt so threatened by the young men of Rome that she vowed to spend her whole trip in the women’s hostel. Admittedly, Italian men are the most voluble and persistent of any nation that I have been to! I have always accepted male heckling with a smile and interpreted any sexual innuendo as a compliment.