Talking to women about female orgasm 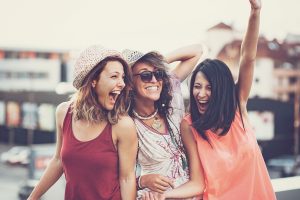 Since the experts I talked to had no rational explanations, I decided to do my own research by talking to women I met in everyday life.

I quickly learned just how highly embarrassing it is to approach women on such an intimate topic. Very few women are willing to talk about sex at all and even fewer have anything to say about female orgasm.

The vast majority is silent so who knows what they think? We might imagine that at least some are quietly getting on with it; too busy doing to be talking about it.

But when I mention sex (only to those women I hope will not drop dead from shock at the mention of the word!) most women simply ignore me or change the subject. They don’t even risk a commonplace comment like ‘How interesting!’ or ‘How brave!’.

I can only assume that women’s sexual experiences are not as sensational as we’d like to hope.

… Sensing something of this variation in capacities and experience, many females – although not all – hesitate to discuss their sexual histories with other females, …” (p539 ‘Sexual behavior in the human female’ 1953)

Men may exaggerate their sexual abilities but they do not grossly misrepresent their sexuality the way that women do. Naturally there is distrust between women who suspect that those, who claim to be sensationally orgasmic, are simply reacting to men’s desire for a responsive sexual partner.

I have talked to women of varying ages. No doubt, people will tell me that I have encountered an unrepresentative group of women. One woman suggested that I must ‘live in a broom cupboard’ because of the reactions I have reported. They have no idea.

Anyone who doubts that these attitudes exist should get out of their own broom cupboard. I challenge anyone who thinks that everyone is happy to talk about their sex life to try approaching women they know: relatives, friends, neighbours, etc.

Many people claim to be relaxed about sex but they run a mile if you ask for details. Likewise women may joke together as a group and compare notes over their lovers’ sexual performance but never their own. The women who were brave enough to talk to me admitted that they had never divulged the same details to anyone else not even to their closest friends.

A young woman in her mid-twenties told me that she was too embarrassed to talk to anyone about her inability to orgasm during sex. She had assumed that it was her boyfriend’s fault and that perhaps she didn’t love him enough. Only once I told her some of the facts that might explain her experience was she brave enough to mention the issue to her mother.

Her mother, a medical doctor, replied (with slight bravado given her previous silence): “Of course you don’t orgasm during sex!” Some women accept such conclusions without questioning. Others want to understand why popular beliefs are so misleading. I certainly did. Unfortunately, it isn’t done to question because people feel uncomfortable when they have no answers.

One woman told me that she would never allow her adult children to have sex in her house. I do not understand this attitude towards sex but it was clearly impolite to ask for an explanation. Even discussing the taboo nature of sex is a sensitive subject.