The facts of female sexuality 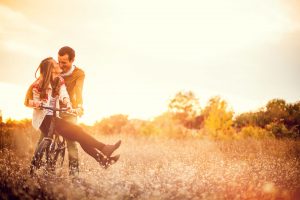 Shere Hite pointed out in 1976 that intercourse does not provide the specific clitoral stimulation that women need to orgasm. So, it is very likely that any woman who claims easy orgasm during intercourse is mistaken.

The light-hearted book ‘Bluff your way in sex’ (1987) lists women’s sexual anatomy as: breasts, vagina and internal organs. The clitoris is completely omitted. This reflects how little interest most women have in the clitoris.

If women orgasm as easily as men through oral or manual stimulation by a partner why would they EVER opt for intercourse, which provides insufficient clitoral stimulation for orgasm? Women settle for ‘love-making’ BECAUSE other activities with a partner do NOT lead to female orgasm. Intercourse facilitates male orgasm, which is a much easier goal than female orgasm.

Male nudity does not cause female sexual arousal

Understandably, it is difficult for a man to know what it’s like to be a woman. Men naturally hope that women respond sexually just as men do but experience of real women should help them realise that women’s sexuality is quite different. As long as we expect women to respond as men do then we will always conclude that women are dysfunctional.

The underlying assumption is that women approach sex from a similar standpoint to men – just short of an orgasm. But women are not full of testosterone (the sex hormone) and so they do not experience daily genital erections as men do. Sadly (for matching heterosexual partners’ sex drives) female sexuality involves women being much less highly sexed than men.

Ways Women Orgasm has one key aim: to highlight just how few women are confident about discussing orgasm in any context and how even fewer are able to explain convincingly how they reach orgasm with a partner. The current state of mystery and ignorance evidently suits many people but others would benefit from a more reasoned account of female sexuality.