The truth about female sexuality 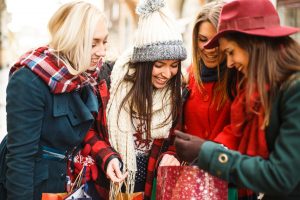 Sex is a difficult subject to analyse because it relies on our emotions rather than our powers of logical reasoning. How many women have been as interested in sex as I have been?

Having masturbated since the age of seventeen, I knew that orgasm was missing from sex. I consulted sex experts and had it confirmed that my partner and I are completely normal. I have read extensively and have my own personal library of erotica and sex manuals. I have explored sex with a partner on a regular basis over many years. I have spent over ten years writing about sex and talking to others about sex.

Despite this experience, all it takes is one sixteen-year-old to claim that sexual arousal and orgasm were easy for her the first time and every time or one twenty-something-year-old to talk about multiple orgasms. Suddenly, anyone’s interest in a more realistic discussion deflates like a balloon – we all prefer the more sensational report. And yet these claims do not tally with anyone’s real life experiences of sex.

I may be doubting women’s claims of easy orgasm during sex but I am certainly not anti-sex – quite the reverse. I am asking: why do so many women dislike the eroticism that lies at the heart of our sexuality and our enjoyment of our sexual arousal?

I want to put an end to the intimidating and humiliating advice that is typically given to young women today. The fact is that any woman who asks about lack of sexual arousal during sex is very unlikely to be:

Yet, I have been patronised and humiliated with all of these opinions by amateurs and professionals alike, even as an experienced woman (over the age of thirty five). It is a crime that this ‘sex advice’ is given to young women on the web every day.

Modern day sex advice is discriminating against women by suggesting that orgasm is unimportant or that women can hope to orgasm without any of the techniques that men employ (eroticism for arousal and genital stimulation for orgasm).

If my experiences were truly abnormal in some way, then others would be more sympathetic. They would be able to explain how they are able to overcome the known facts about female sexuality instead of claiming that it all happens ‘naturally’.

I have no agenda. I am not trying to make money out of anyone. I am simply trying to establish some facts and provide other couples with more logical and realistic information about female sexuality.